In addition to the equine battles for Quarter Horse racing's graded stakes, the end of the year will also bring recognition to the leading breeder, owner, trainer and jockey.  There is a very compelling battle for leading trainer of 2016. 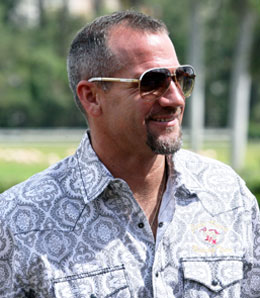 This appears to be the breakout year for conditioner Judd Kearl. Born in Tremonton, Utah, Kearl learned the ropes from his dad, Steve.

"I remember ponying a horse when I was six," Kearl recalled. "My dad had a construction company, but growing up, I knew that was not what I wanted to do."

So with a deeply rooted instinct for horses, Kearl began his training career in Idaho, Utah and Wyoming. He won his first stakes in 1996 and moved his base to Texas in 2002. Despite humble beginnings,  his horses began to run well and win a significant share of races.  Kearl has won titles at Manor Downs and Lone Star Park and has done exceptionally well at Sam Houston Race Park, where he just claimed his seventh title earlier this year.

Now 41-years-old, he is the top AQHA trainer by both wins and earnings. On Labor Day weekend, he won the $2.4 million All American Derby at Ruidoso Downs with Ec Jet One and two of his other finalists finished in the top four in the Grade 1 feature. Currently, Kearl reigns supreme with 110 wins and $4.2 million in purses. He currently has a full barn at Lone Star Park and should be well represented in their upcoming Texas Classic Futurity in November. 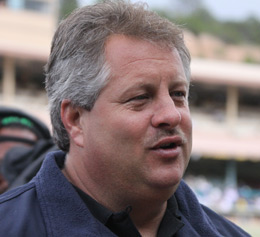 Paul Jones is American Quarter Horse racing's all-time leader in money earned with over $78 million. The California native is second in victories to the late Blane Schvaneveldt with more than 3,400 wins and over 300 stake victories. He runs horses at Ruidoso Downs, but continues to be one of the most prolific horsemen at Los Alamitos Race Course in Cypress, California.  Jones has been honored a record 14 times as AQHA Champion trainer, beginning in 2002 when he conditioned Whosleavingwho, winner of the Grade 1 Champion of Championns.

One other noteworthy conditioner is Kenneth Roberts, Sr, who has been a staple in Texas and Louisiana for over three decades. Now based in Louisiana, Roberts ranks third in wins in 2016 with 66 wins and $3.4 million in purses.  Adrian Huitron, who just won the Dash for Cash Futurity with Eye N Capo at Lone Star Park is fourth in wins this year.

This will be an interesting month for these horsemen and both Kearl and Jones will likely compete in the 2016 Bank of America Challenge on October 29. This year's event will take place at Los Alamitos Race Course.