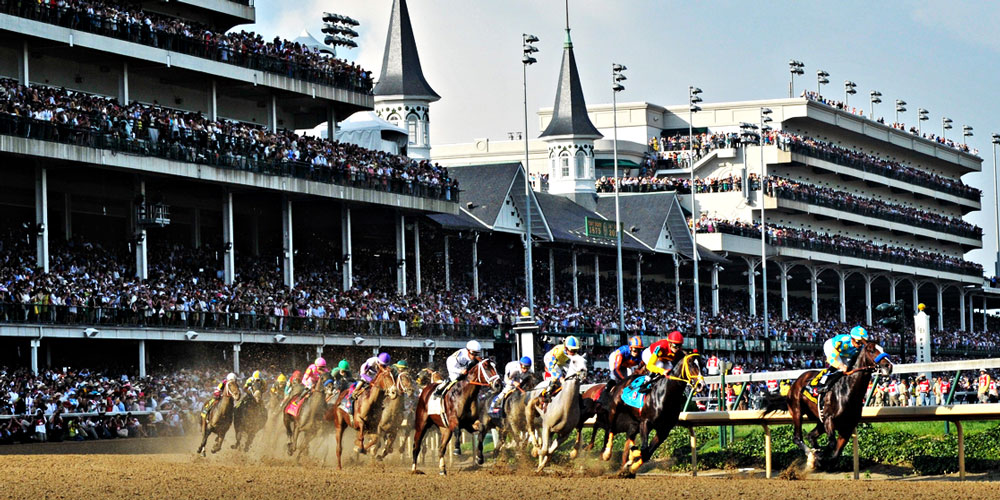 I don't know about you, but I've already got Derby Fever. This is a deep crop of 3-year-olds. I have no doubt that my list is going to change many times from now until the First Saturday in May.

See below for who starts out on my Top 5 to win the Roses come May 6!

The son of Curlin was terrific when beating 2-year-old champion Classic Empire in the Holy Bull Stakes a few weeks ago at Gulfstream Park. Irish War Cry got an easy lead. But, he was so relaxed on the lead that it's safe to say, I think, that Irish War Cry could rate if need be. He's definitely not a speed ball. The longer they go, the better he should be. I think Graham Motion has a serious Kentucky Derby contender on his hands.

The two-year-old champ has excuses for his terrible run in the Holy Bull. For starters, it was his first race since November. Then, he went into the race with a foot abscess. Classic Empire ran about as well as he could given the circumstances. Once he's healthy, he should have no trouble showing his best in his next race. If he doesn't, he'll be off my list for sure.

McCracken was impressive. But, to me, Tapwrit was more impressive. A son of Tapit from a Successful Appeal broodmare, Tapwrit's jockey is Jose Ortiz. Todd Pletcher trains him. That by itself makes him a serious contender for the Kentucky Derby. Watch what Tapwrit does in the Sam F. Davis.

He ends up behind the front-runners well into the stretch. Once Jose got him outside of the front runners, and got Tapwrit to change leads, he exploded to pick up second behind McCracken. I expect Tapwrit to improve big time in his next race.

The son of Ghostzapper should have a huge shot come the First Saturday in May. He has the turn of foot that Derby winners like Monarchos and I'll Have Another displayed when they won their Derbies. Although that's not a bad thing, it's not always a great thing either. Monarchos and I'll Have Another got excellent trips. McCracken doesn't appear to have the cruising speed that Irish War Cry, Tapwrit, and Classic Empire have. Because all 3 of those horses are bred to run as far as they need to run, it could be difficult for McCracken to run down any of the 3 on the First Saturday in May.

Also sired by Ghostzapper, Iliad is trained by two-time Derby winner Doug O'Neil. What I love about Iliad's San Vicente win, where he beat highly-regarded Batte of Midway, is how he relaxed while running a half-mile in :44.08. Sure, the San Vicente is at 7 furlongs. But Ghostzapper was notorious for running fast early fractions before speeding away from his competition. Iliad has the same style as his father had when running. I think Iliad could be another O'Neil three-year-old monster.
Racing
Loading...