Road to the 2022 Kentucky Derby 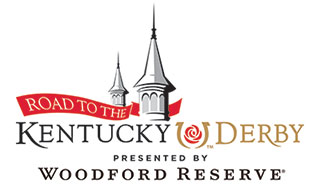 For the tenth consecutive year, Churchill Downs is using a points-based series of qualifying races to determine invitations to the Kentucky Derby. Over the course of a 20-race Prep Season and a 16-race Championship Series, top jockeys, trainers, and thoroughbreds compete to enter America's most famous horse race.

On September 18th, 2021 at the Grade III Iroquois Stakes at Churchill Downs, the long Road to the Kentucky Derby began. Over the course of 20 races running through mid-February, the greatest thoroughbreds from the U.S. and around the globe compete in a points-based system to qualify for the 2022 Kentucky Derby. With the exception of the Breeders' Cup Juvenile (20-8-4-2), all races award the 1st through 4th place finishers 10, 4, 2, and 1 point(s) respectively.

Recent form is rewarded more generously as the Kentucky Derby Championship Series runs from mid-February to mid-April. Most of these qualifying events award points at a 50-20-10-5 or 100-40-20-10 point breakdown to the 1st through 4th place finishers. These 16 races define the bulk of the Kentucky Derby field, as the weeks countdown to the "Fastest 2 minutes in sports."

The "European Road to the Kentucky Derby", now in its fourth year, is a seven race, stand-alone series. The race will follow the same structure as last year, concluding in April of 2021 with the Cardinal Condition Stakes at the Chelmsford City racetrack.