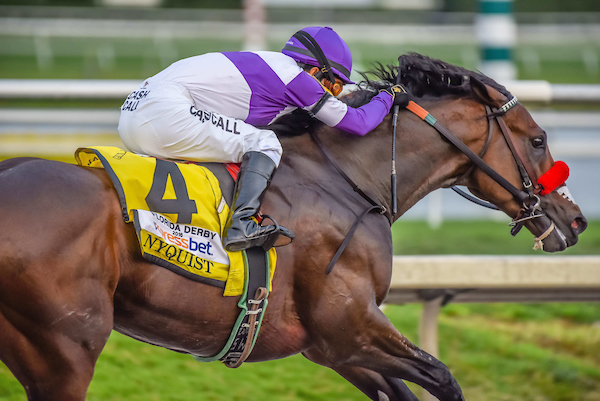 First contested in 1952, the Florida Derby is a worthy prize, with $1 million and grade one status at stake. Originally staged in early or mid-March for most of its years – during which time its victors usually had another lead-up race to the Kentucky Derby – it was switched to five weeks before the Run for the Roses in 2005, meaning it’s now usually a final lead-up.

The race is one of the key prep races in the Road to the Kentucky Derby series. The first four finishers earn points on a 100-40-20-10 basis. The winner will be guaranteed to have enough points to secure a Kentucky Derby start, and the 40 points for the runner-up has been enough to earn a start every year since the Road series began in 2013.

The Fountain of Youth Stakes in early March is an important lead-up – 14 winners of that race have taken out the Florida Derby – but it’s just as likely to be won by horses that raced somewhere else at their previous start.

Previous Winners of the Florida Derby