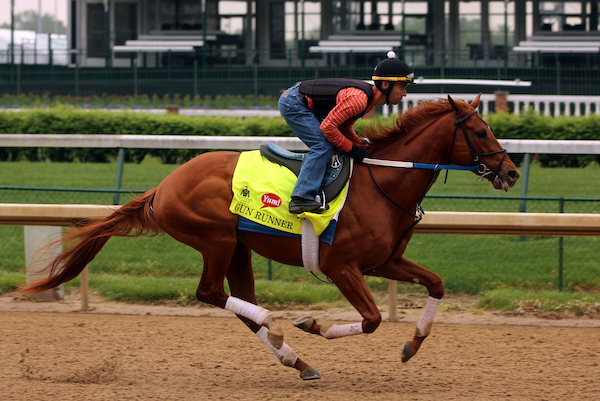 Founded in 1894, the Louisiana Derby is the culmination of the Fair Grounds series of three Kentucky Derby prep races. But with $1 million at stake, it’s a fine prize in its own right.

Once held eight weeks before the Kentucky Derby, it’s now held six weeks prior, possibly giving it more relevance to the Derby picture. It’s an integral part of the Road to the Kentucky Derby championship series, with the first four home earning points on a 100-40-20-10 basis. The winner will definitely get a start at Churchill Downs, and it’s highly likely the 40 points earned by the runner-up will be enough to earn a start.

Just three runners in the Fair Grounds feature have won the Run for the Roses: Black Gold (1924), Grindstone (1996), and Funny Cide (2003). Black Gold and Grindstone won the Louisiana Derby, while Funny Cide finished third, promoted to second with the disqualification of the winner.

Two Louisiana Derby winners went on to take the Preakness Stakes: Master Derby (1975) and Risen Star (1988), who also won the Belmont Stakes. The best recent winner was Gun Runner (2016), who went on to finish third in the Kentucky Derby before a great 4-year-old campaign that culminated with victory in the Breeders’ Cup Classic.

The best guide for punters is the Risen Star Stakes at Fair Grounds the previous month. Three recent Louisiana Derby winners – Girvin, Gun Runner, and International Star – all won the Risen Star Stakes, while others to complete the double include Friesan Fire (2009), Pyro (2008), and Repent (2002).

Previous Winners of the Louisiana Derby