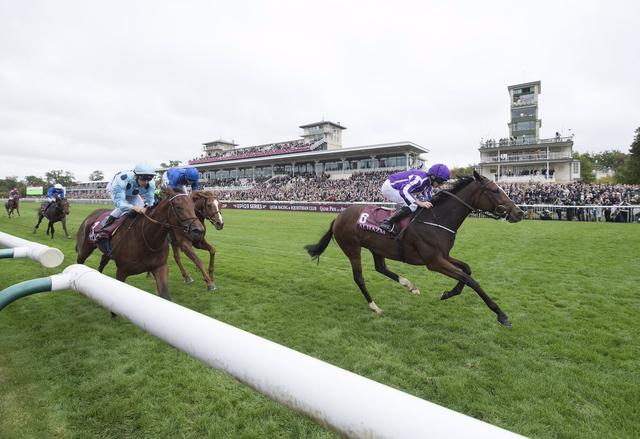 The History of the Prix Jean-Luc Lagardere

France’s leading race for 2-year-olds, was for years known as the Grand Criterium, until it was renamed in 2003 after Jean-Luc Lagardere, a successful businessman, owner-breeder, and racing administrator.

The 2017 edition became one of seven races that form part of the inaugural European Road to the Kentucky Derby. The first four horses home earn points on a 10-4-2-1 basis. Though it has not been a successful prep for the Kentucky Derby, it was the prep race in 1991 for Arazi ahead of his spectacular Breeders’ Cup Juvenile success.

It’s also a Breeders’ Cup Challenge “win and you’re in” qualifier for the Juvenile Turf. No winners have taken up the challenge, though the 2017 winner Happily ran in the Juvenile Fillies Turf.

The race has been won by many great horses over the years, including Prestige, Brantome, Tantieme, Right Royal, Sir Ivor, Blushing Groom, and Rock of Gibraltar. However, arguably the two best horses to ever run in the race were defeated.

Sea-Bird, reportedly held back too long by his jockey, suffered his only career defeat in this race in 1964 behind stablemate Grey Dawn. It was also the first defeat for Mill Reef, defeated in 1970 by My Swallow. Mill Reef’s only other defeat in his 14-start career was by his great contemporary Brigadier Gerard in the 1971 2,000 Guineas.