Kiss My Hocks Retired and Will Stand Stud 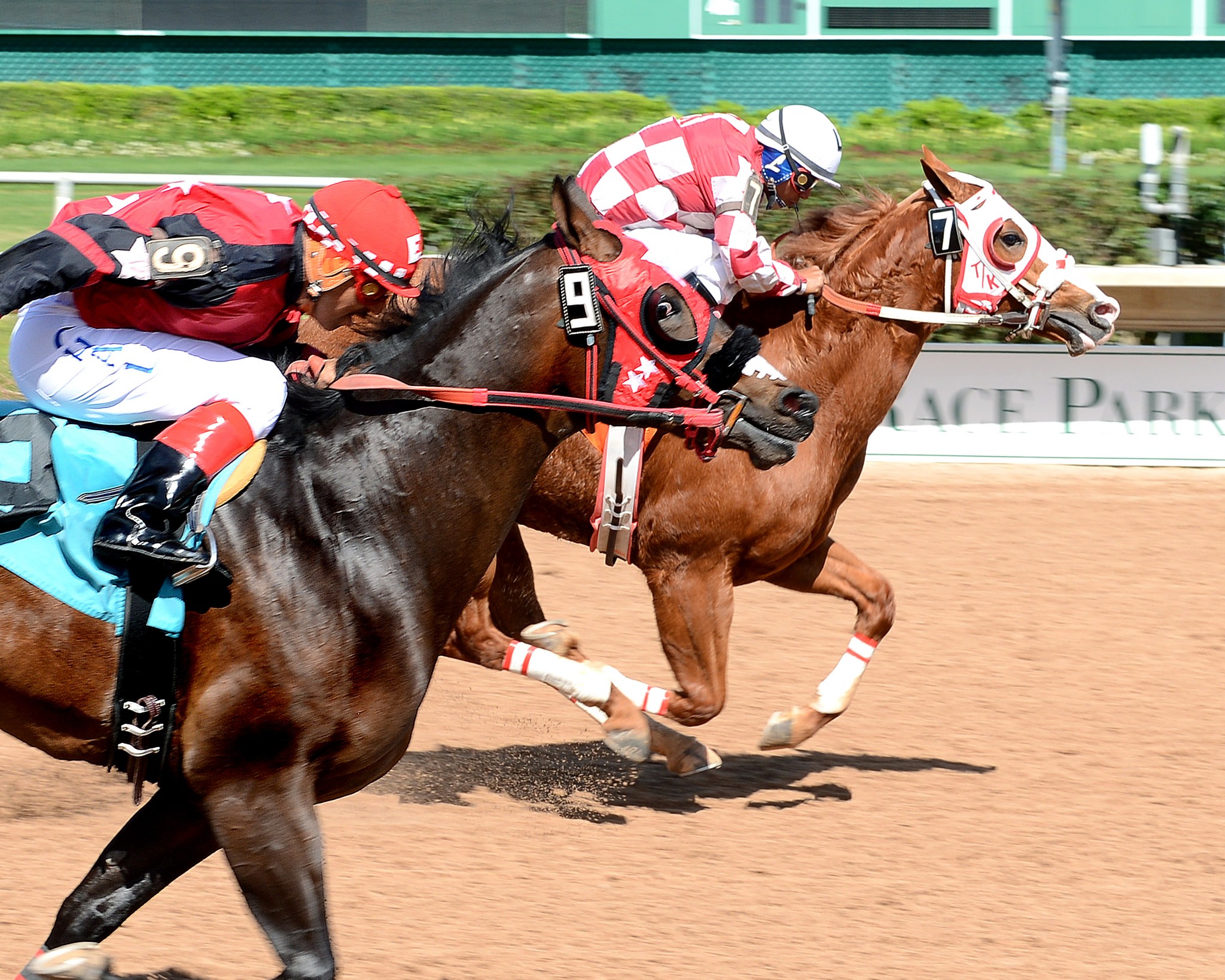 AQHA 2-year-old champion, Kiss My Hocks has been retired from racing and will begin his new career as a stallion in 2016 at Southwest Stallion Station near Austin, Texas.

The strapping chestnut colt showed his potential in his debut in March, 2014 at Sam Houston Race Park. Entered in trials for the Grade 2 Sam Houston Futurity, the Toby Keeton trainee set a new track record in his 330 yard victory. His clocking of :16.433 seconds was fastest of all qualifiers and he returned in the final with a solid win.

Following Houston, his owners Tyler Graham and Conda Maze sent Kiss My Hocks to Ruidoso Downs where he was the fastest qualifier to the Ruidoso Futurity. He won that final and qualified for the Grade 1 Rainbow Futurity last July.

Not all top juveniles can continue their success in their 3-year-old campaign, but Kiss My Hocks did just that, winning the $1,067,907 Rainbow Derby (G1) two months ago. He qualified for the $3.3 million All American Derby on September 6, but broke poorly and finished last.

The son of Tempting Dash was ridden by several jockeys in his 12 race career, including Luis Vivanco, Cody Jensen and GR Carter. He earned $1,199,385 and his stud fee has been set at $6,500.

It was a great run; will be exciting to see if the progeny of Kiss My Hocks can become graded stakes winners!