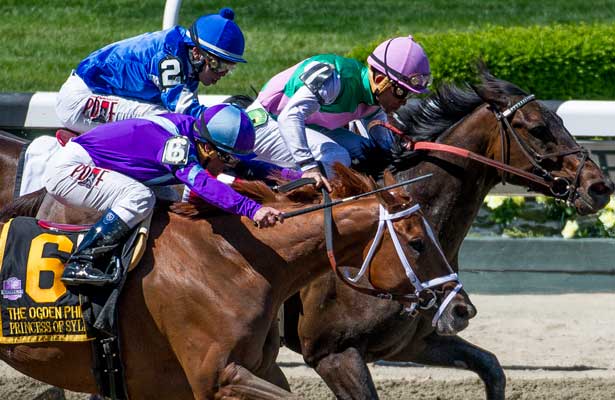 A Brief History of the Ogden Phipps Handicap

The Ogden Phipps Handicap (sometimes referred to as the Ogden Phipps Stakes) is a Grade I horse race hosted annually in Elmont, New York at Belmont Park. Inaugurated in 1961 as the Hempstead Handicap, the race was not run again until 1970 and has since then become a staple in horse racing on the East Coast.

The race was run under its original name until 2002, when it was renamed to honor Ogden Phipps, the legendary owner/breeder and New York native who had passed that same year. Throughout his long career in horse racing, Phipps was well known for producing winners: he bred nine Champion horses (3 would be inducted into the Hall of Fame), leading him to win an Eclipse Award for Outstanding Breeder in 1988, as well as back to back Eclipse Awards for Outstanding Owner in 1988 and 1989. A year after his passing, he was awarded the Eclipse Award of Merit, the American horse racing industry’s highest honor.

Scroll over any box below to view the historical records for the Ogden Phipps Handicap:

Historical Results for the Kentucky Oaks