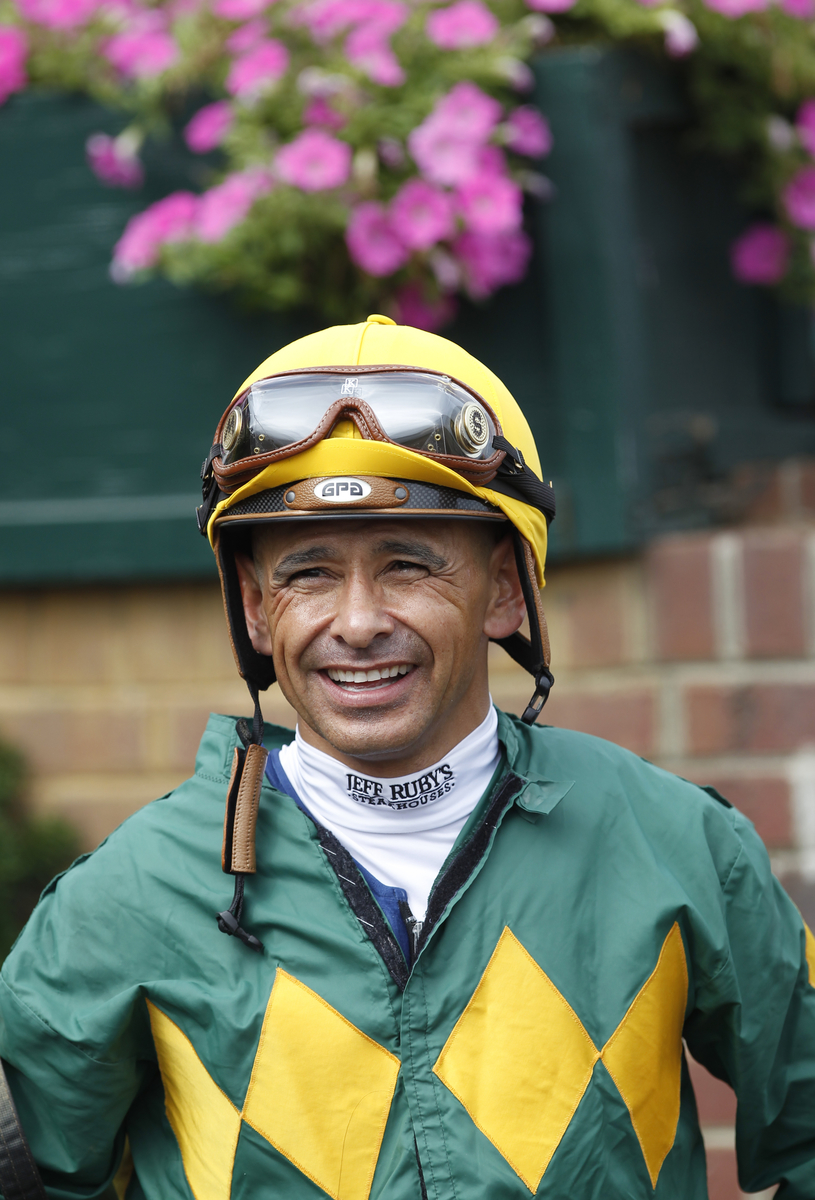 Songbird - As the regular rider for Songbird, Smith has been aboard greatness 6 times this year. Songbird is not only one of the fastest fillies to come around in a long time, she's also one of the gutsiest as evidenced by her win the 1 1/4 mile Grade 1 Alabama at Saratoga. She's going to have to run the race of her life in order to beat Beholder, who is likely to run in the Distaff after her second place finish in the Pacific Classic, and Stellar Wind. I know that Smith is itching for the fight. If Songbird were to beat Beholder and Stellar Wind in the Breeders Cup Distaff, and California Chrome were to be upset in the BC Classic, it would be awfully hard to not make Songbird Horse of the Year.

Arrogate - Mike Smith's ride aboard Arrogate was one of the gutsiest rides I think that I've ever seen. It was Smith's fist ride aboard the son of Unbridled's Song. Smith was Unbridled's Song regular rider. He rode Arrogate almost exactly like he rode Unbridled's Song. He played catch me if you can. I know that I've already added Arrogate's Travers' win to another one of my blogs (or two?), but the ride was so fantastically bold that I keep watching it over and over again.

Smith might try the same tactics aboard Arrogate in the Breeders Cup Classic. Who knows?  Sometimes a jockey and a horse truly fit together. This could be one of those times. Smith has to be thinking that he has a real shot to beat California Chrome in the BC Classic.

I think that Mr. Smith has a big shot to win the Breeders' Cup Sprint aboard Defrong, the Grade 1 King's Bishop winner on the Travers Stakes undercard. Defrong, like Arrogate,  trained by Bob Baffert, has that uncanny ability to relax on the lead or right off it. That ability should come in handy against the likes of Lord Nelson, A.P. Indian and Private Zone. Smith has a huge shot aboard Defrong, who has 4 wins from 5 starts and still has a ton of upside.