Most Outstanding Greyhound Track Announcers In The Country

Believe it or not...we are in a golden age of greyhound announcing!

Gone are the days where announcers simply called out the numbers for the exotic players, while fans had no idea what the greyhounds names were.  You had no clue who the name was of the athlete that had just won unless you looked in your program.

Instead, we have fabulous veteran announcers who bring fans and players the excitement of the action with their distinct, accurate and sometimes humorous race calls.  Greyhound race calling is an art and the announcers on this list are the finest we have in the game. The newer generation of fans expect a lot from the announcers and these guys deliver the goods each and every card they call.

Here are the top greyhound race callers in the country today: 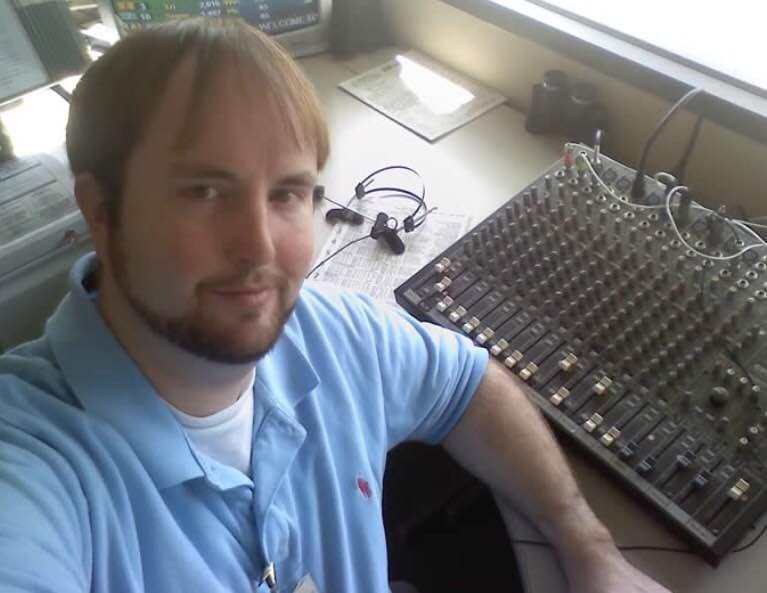 Is he the greatest of all time?  Many around the world think so. The big game caller of the powerhouse that is the Palm Beach Kennel Club has been announcing since 2001 and can be heard each and every weekend at America's favorite greyhound track.  Taking over for a legend isn't easy, as Jameson took over for all time great announcer Jeff Prince, who was known for all of the legendary calls of Hall of Famer Pat C Rendezvous.

But just like Aaron Rodgers did after Brett Favre left for the Green Bay Packers, or Steve Young for Joe Montana for the 49ers, Jameson didn't let the announcing skip a beat and actually has taken it to a whole different level. Without a doubt he is the funniest announcer in the entire country, coming up with many nicknames for the hounds. These include "The Queen of Palm Beach" for JS SpeedyPebbles, "The Conservative Greyhound" for Glen Beck & "Captain America" for Rob Gronkowski. 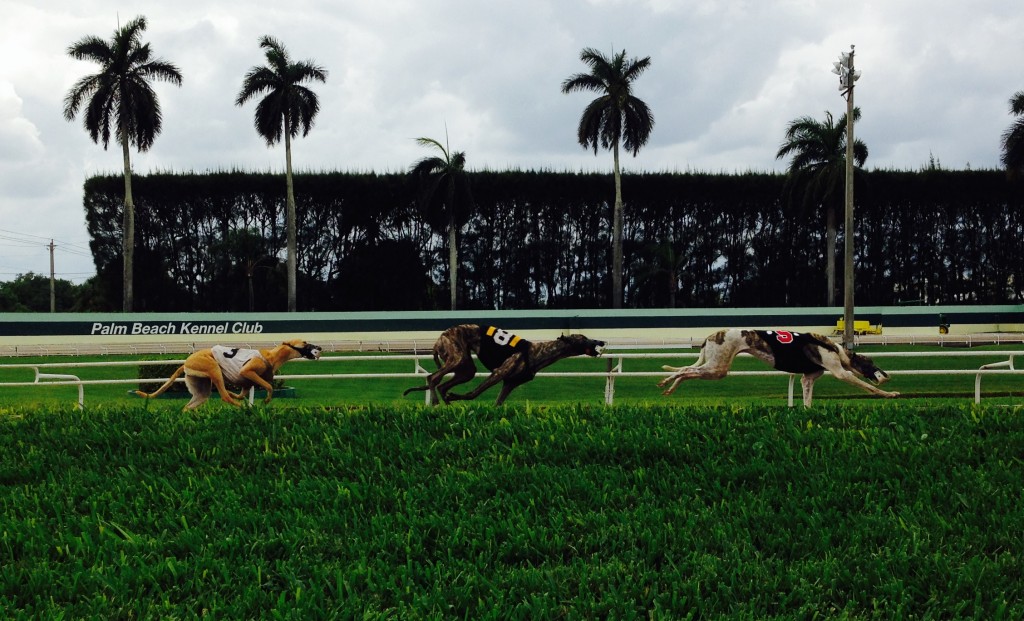 What is Jameson's favorite thing about announcing?  "Being able to show my passion for the sport through my announcing," he's quoted.  Mike has called many legends over the past 15 years in the best seat in the house at "The Beach" but absolutely loved calling Ozzie The Man, Rob Gronkowki, JS SpeedyPebbles, Super Lee, Atascocita Jolie and Storm Control.

"Favorite race and in my opinion the best race in Palm Beach history was the final of the first Grand Classic in 2007 won by Dreamy Blossom," Jameson explains. 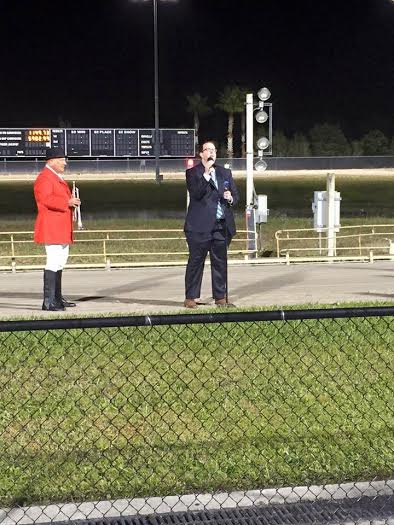 Jameson has accomplished many things already in his career but one of the most important things he has done was training new announcer Peter Aiello back in 2008 at Palm Beach.  Aiello for our horse racing fans is now ones of the best announcers in all of thoroughbred racing calling them home at Gulfstream Park. Jameson takes a lot of pride in helping Aiello become the race caller he is today.

Jameson also is an accomplished singer, as he is the official national anthem artist for our championship race in Daytona.

Here's Mike Jameson on the call for Rob Gronkowski's record breaking run back in 2014: 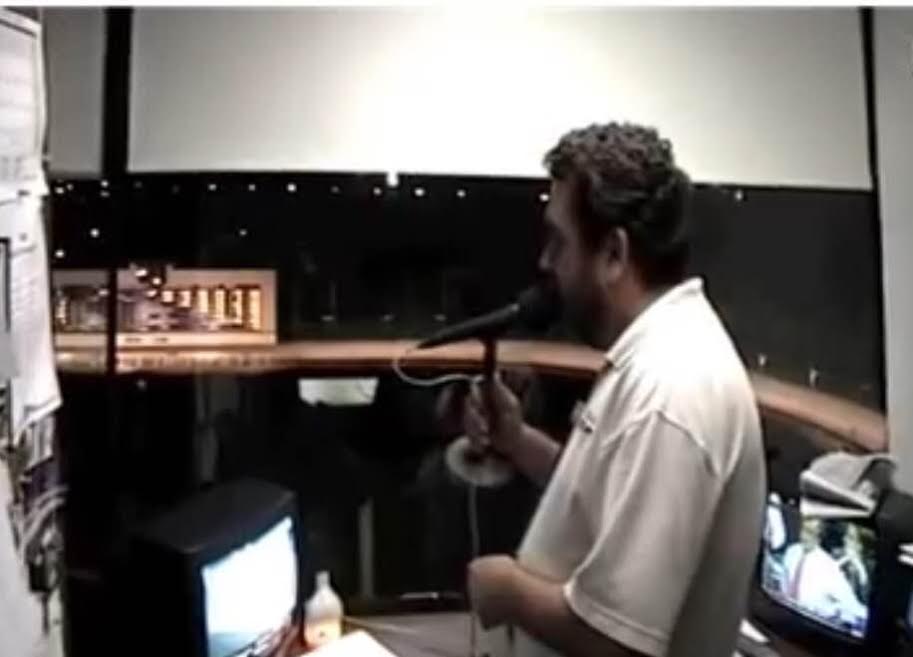 He could probably call a caterpillar race and make it sound exciting.

The voice of Derby Lane since 1995, Jim Peake has thrilled fans with his race calls for over 20 years.  With a lot of fan interest for this track, having a top notch announcer is important and Peake delivers each and every time with his raspy, distinct race calls.

Peake who got his start calling Jai Alai matches in the Tampa area, was influential in calling All-American Husker Magic the past three seasons as she won an astonishing 105 races. 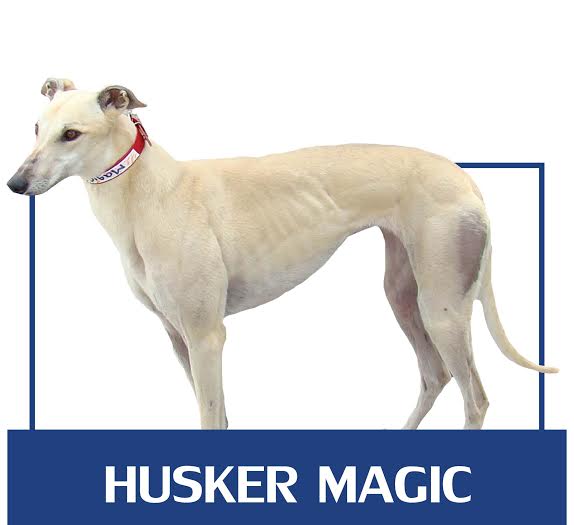 Peake told GreyhoundNews back in 2010 that the strangest thing he had seen was a schooling race where a greyhound stopped at the escape turn, jumped a rowboat and into the lake in the infield.  The dog eventually doggy paddled his way to the edge of the lake and pulled himself out. He also stated that the best greyhound he ever called was TalentedMrRipley because he was king of both the sprint and middle distance.  Here's a link to that interview. 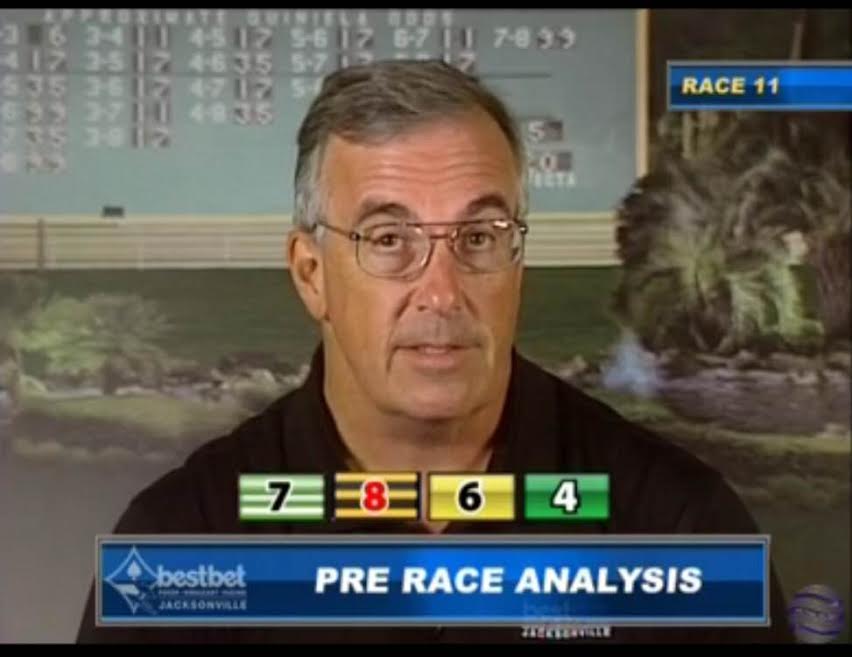 "The Boss" has been a mainstay at Jacksonville for the past 9 years, calling all the big races at America's fastest growing greyhound destination.  Ross got his start calling races at Apache before being the face of Phoenix Greyhound Park 22 years ago.

"I tried announcing once and was hired right away after my first race," Ross told us.

Ross who grew up in the business as a kid, got the love for greyhounds early and it hasn't stopped since.

"My dad told me at a young age to do something that makes me happy with a profession.  I've found that with greyhound race announcing."

Ross who went to college at Salem State actually paid his way through school playing quinielas and trifectas at the different tracks in New England. 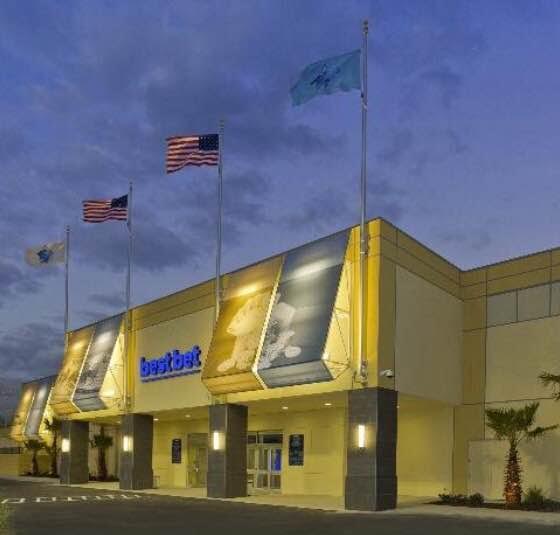 Every Thursday, you have the chance to chat with Ross during the BigJackpotBetting.com night performance at Jacksonville.  This unique format has connected this fan favorite announcer to many around the world on a weekly basis.  Ross along with Bob Thacker at Sanford-Orlando are the only announcers in the business that still do a live pre-race analysis video before each race.

With big stakes series such as the Silver Cup, Jacksonville Sprint Cup and Orange Park Derby, you can expect the excitement and smooth race calls of Ross to deliver in the big moments every time. 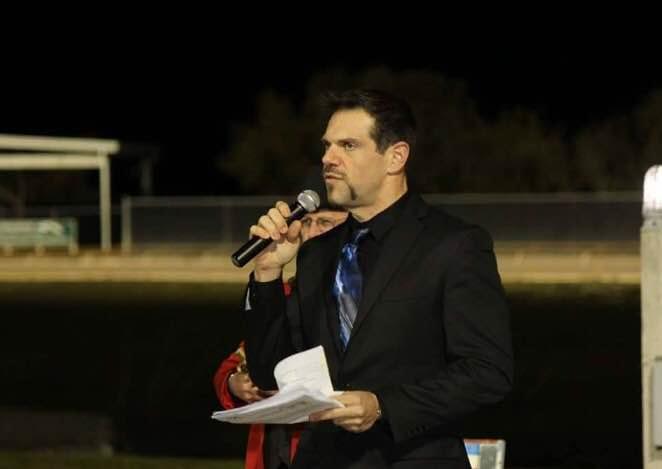 Woodill who got his start calling races at Seminole & Melbourne Park, began working at Daytona in 2013 but has actually has been announcing since he was 18 years old for local Jai Alai matches in Orlando.

"The best thing about announcing is always having the best seat in the house, tied with everyone knowing who you are and wanting to talk about the racing," Woodill told us. 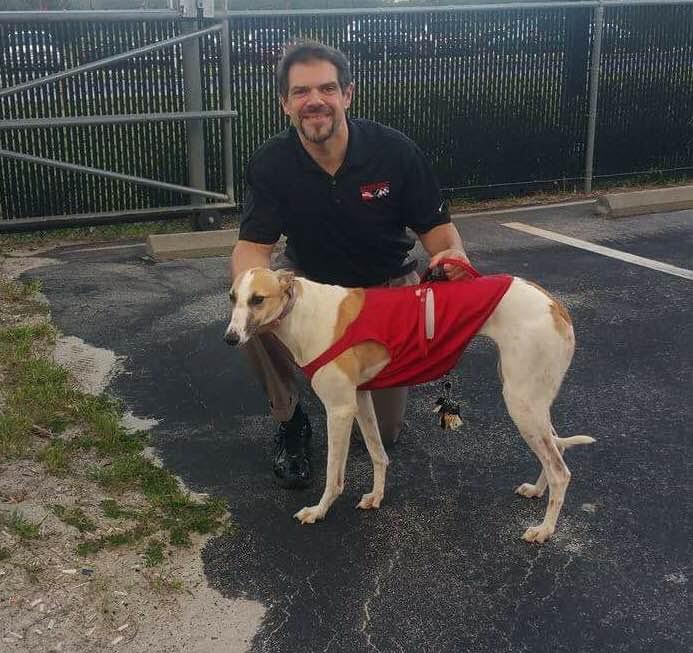 As for being the voice of the biggest race in the sport, Woodill is more then thrilled to have the job. He also was promoted to the broadcast team for the event this past January, along with fellow announcer Mike Jameson, Southland Racing Manager Shane Bolender & Daytona Racing Manager Vera Rasnake.

"Being trusted to call the granddaddy of them all in the greyhound racing world is truly an honor. My career would not be the same if the 550 had not come to Daytona!"

Woodill is the fastest caller in the country.  With a race that usually goes only for 30 seconds, that is a very good thing. He is able to have a lightning quick race call but still remaining clear and accurate at the same time during the broadcast.  His HUSSSSSSKKKKKERRRR MAGGGGGICCCCC race calls in the 550 are the stuff of legends.

Here is an interview with Woodill from the booth at Daytona:

Here is a replay of the past National Championship won by Need My MoneyNow called by Woodill: 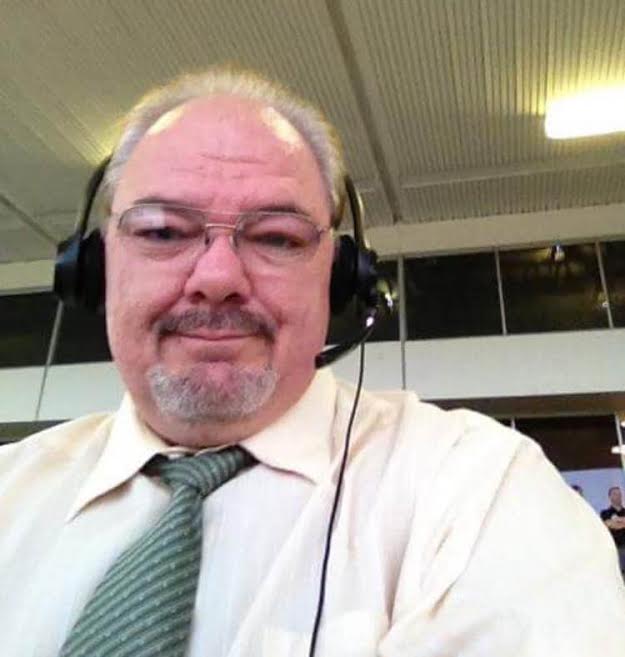 The most versatile announcer in the game today.  Cadavieco who has been a longtime announcer at Flagler and Mardi Gras in South Florida brought his wealth of experience to the Palm Beach Kennel Club in 2014. 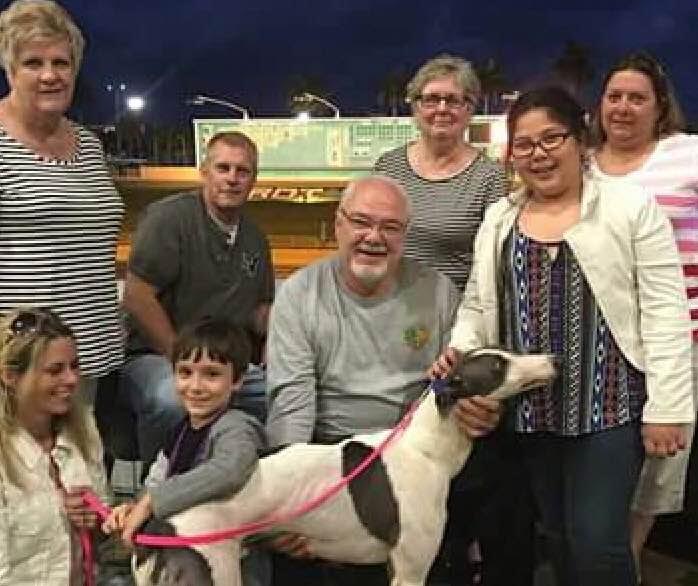 Like Stuart Scott did for SportsCenter on ESPN, Cadavieco brought a whole different race calling experience to the sport. Cadavieco who is a proud Cuban-American has been able to reach an even bigger audience, combining many of his race calls with spanish lingo to further enhance the experience.  My personal favorite is Y Arrancan at the beginning of the races, which is Spanish for they're off!

Cadavieco who has been in the sport for nearly 40 years, started off as a trainer for the O'Donnell Kennel in the 1980's and was an astounding success. He trained World Classic winner Magnificat in 1985 & Rural Rube Award winner My Tipper in 1986.

The passion for the game is well evident in all of his race calls.  You'll never know if an en fuego or a clever rhyme to go along with the greyhounds name is coming.  That's what makes Ramon's calls so special and is absolutely adored by fans all over the world. 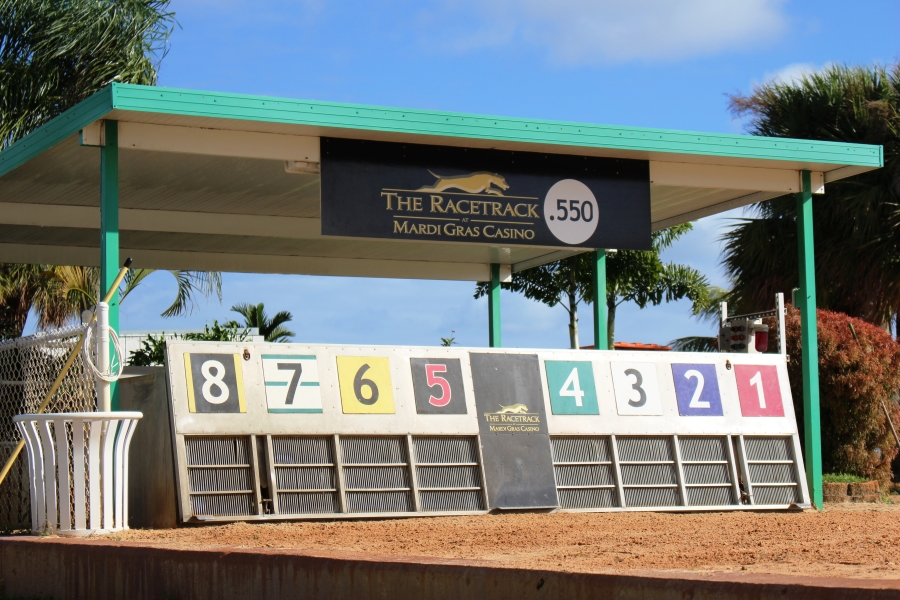 At Hollywood, the announcers booth is right in the middle of the grandstands, giving fans the chance to chat with Cadavieco during the race calls and giving the races a dynamic soundbite with the crowd noise in the background.

"I absolutely love calling the closers," Cadavieco told us.  "My favorites I ever called were Ah's Sly and Good Luck Sterling."

Ramon also tells us that the announcers on this list have a special relationship with each other.  "I talk to many of the announcers around the country frequently.  It's almost like a fraternity of announcers between us," he states.

Here is also Ramon calling the Super Marathon back in April where he mentions many of the top track announcers in his race call:

After hearing all of the race calls, who is your favorite greyhound announcer?  Leave us feedback below or on any of our social media sites.