Up until 2014 I’d never had my top pick win the Kentucky Derby. I picked long shots, I picked chalk, I picked the “Wise Guy” horse, and nothing ever seemed to work out. Finally California Chrome got me off the hook and then American Pharoah made it two in a row. I know, real tough picks huh? Well I take pride in them so let me be happy. But man, looking back over the Derby’s of yesteryear, I’ve made some picks that were brutal. Here are my five worst and leave us a comment here or on twitter @Betamerica and tell us about your worst Derby picks. 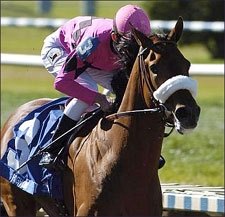 High Limit in the La. Derby.

I put this one first because of not only because of the fact that he finished last of 20 in the 2005 Run for the Roses. But because to this day he remains the only horse I ever made a future wager on. I was so excited by him winning the Louisiana Derby in just his third career start that I went straight to the windows and put a crisp $20 on him. He followed that up with a second place finish in the Blue Grass behind Bandini, but that didn’t discourage me. I played him in the Kentucky Derby on top of trifectas, exactas, superfectas, you name it. I was getting 22/1 on Bobby Frankel and Ramon Dominguez. I told anyone who would listen that High Limit was gonna win. And he ran dead last. He eventually won a couple Grade 2’s as a four year old but I’ll never forget the day High Limit finished 20th.

Stephen Got Even; 1999 Kentucky Derby

This was my first Derby where I was of legal age to bet and of course I never made any wagers before turning 18. I’ve always been a sucker for the “smaller” big preps. The Louisiana Derby, the Illinois Derby, and of course, the Galleryfurniture.com Stakes. Yes when people think of the majesty and tradition of the game, they think of Gallery Furniture. For those who don’t remember, the Galleryfurniture.com Stakes was actually the Spiral, The Jim Beam, or the Lane’s End Stakes at Turfway Park. That race has had more names than I’ve had Derby winners. But in 1999 Stephen Got Even crushed his foes in that race and came into the Kentucky Derby on 5 weeks rest, which way back in the 90’s was a big no no. But I didn’t care about Derby rules, I fired away on SGE and he ran 14th. I never got even from betting Stephen. 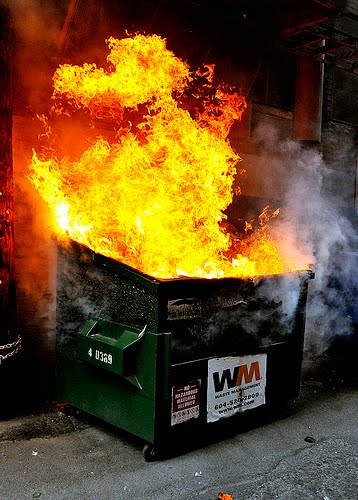 My tickets after betting on Pyro.

Pyro’s win in the Risen Star remains one of my favorite races ever. It’s a crazy awesome late winning move mixed with a great call by John G. Dooley. I knew right then he was my Derby horse. He then won the Louisiana Derby which just strengthened my resolve in him. Then he ran 10th in the Blue Grass Stakes. But that was over the synthetic track at Keeneland which back then I thought was pretty much the devil. So despite that terrible effort in the Blue Grass, me and apparently a lot of other nimrods bet Pyro at 5/1. We took 5/1 on a horse that had just gotten trounced in the Blue Grass. Well Pyro burned up my tickets (heyooo) with an 8th place finish as Big Brown crushed everyone.

This one still kind of angers me. I was so blinded by that 16 length allowance win at Gulfstream in his second career start that I had convinced myself that this horse was the next Secretariat. He won the Tampa Bay Derby, then won the Wood Memorial. Back then I didn’t realize the Wood Memorial was a surefire curse. I remember when the odds opened Verrazano was pretty dead on the board as he was the 4/1 second choice on the morning line but went off at almost 9/1. He was 9/1 for much of the betting period. See what happened was the smart people jumped off the Verrazano train. But not Ol’ Jase. Nope I stayed right on there, all the way to a 14th place finish.

And here it is, the worst of the worst. This race was loaded with some really good horses. Yet the ultimate Wise Guy horse, Sweetnorthernsaint, the Illinois Derby winner, went off as favorite. People like me bet this horse who finished 3rd in the Gotham Stakes two starts back favorite over Barbaro, Brother Derek, Lawyer Ron, and many others in this field. And it even looked for a second in the race that he might have a big shot as he was fourth going into the turn. But he faded to finish sixth. We bet this horse to favoritism over Barbaro. Let that sink in. He’s my worst Derby pick ever.
Racing
Loading...