No Dirty Politics with Apollitical Jess

While the Clinton -Trump battle is heating up, there is one squeaky clean "political" name associated with Quarter Horse racing.  That is Apollitical Jess, a Quarter Horse sire producing outstanding stakes winners.

In the Grade 1, $1 million Ruidoso Futurity on June 12, it was Nueve Racing's Apollitical Chad scoring and picking up a check for $425,346.  Purchased for $38,000 at the Ruidoso Select Yearling Sale purchase, he made his debut at Remington Park before qualifying in trials for the Ruidoso Futurity. 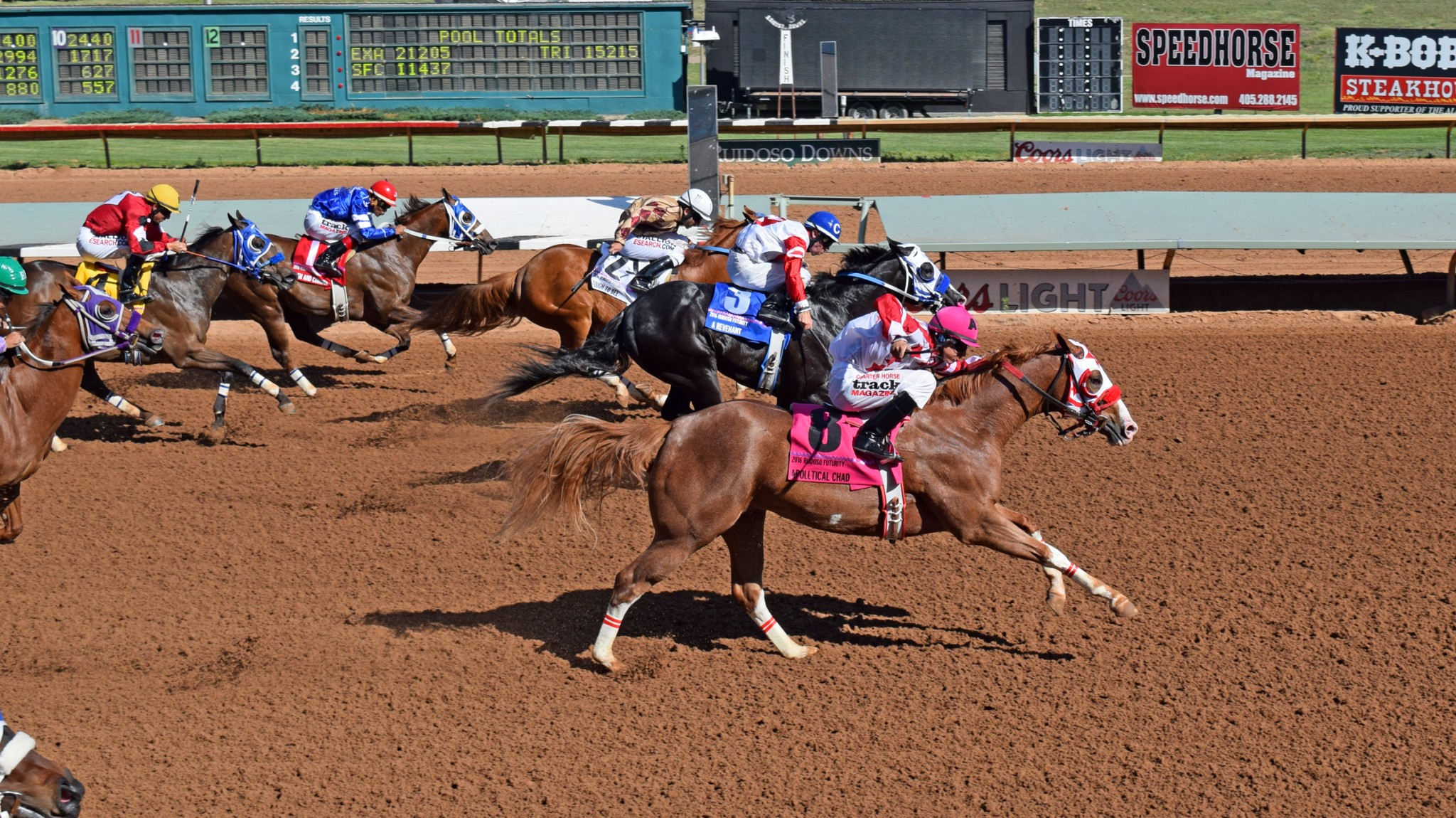 Apollitical Chad wins the Ruidoso Futurity and is another winner by top sire, Apollitical Jess

Another offspring of Apollitical Jess won the $100,000 Ruidoso Juvenile, the consolation final for the 2-year-olds that did not qualify for the final.  Apollitical Scout, a filly, broke her maiden in the stakes, winning $42,000.

On May 29, Ajs High captured the $100,000  Sooner State Stakes at Remington Park to win is the 11th career score from 16 attempts for Ajs High, a gelding son of Apollitical Jess who is closing in on the $500,000 earnings mark. He has now won four of his last five official starts dating to October 2015 and his win in the Altoona Derby at Prairie Meadows in Iowa.

Apollitical Chad is ranked second on the AQHA/HorsePlayernow Poll for 2-year-olds and Ajs High, who was the first stakes winner for Apollitical Jess, holds the fifth spot on the older horse poll.

Currently Apollitical Jess is the leading AQHA sire of 2-year-olds with Apollitcal Chad as his top earner to date. He ranks second by earnings with Pyc Paint Your Wagon holding a narrow advantage; both have progeny who have earned $1.8 million in 2016.

Apollitical Jess was a very accomplished racehorse, with eight wins from 13 starts including a track-record setting performance in the 2010 Champion of Champions (G1).  Honored as 2010 AQHA champion 3-year-old as well as world champion, the sorrel son of Mr Jess Perry retired at the end of 2010. Now, he is the star at JEH Stallion Station in Purcell, Oklahoma, where he stands stud. His fee for 2016 was $8,900 and his book was full.
Racing
Loading...