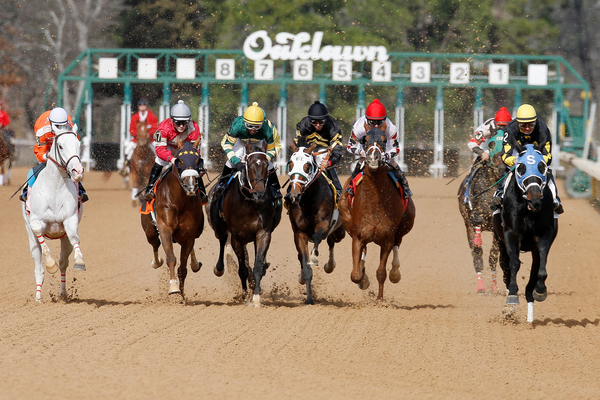 Per the online Encyclopedia of Arkansas, horse racing enthusiasts used to run races in Hot Springs, Arkansas before the track was even built. The Oaklawn Jockey Club was formed in 1904. Since 1907, Oaklawn Park has been the only thoroughbred race track in Arkansas. It's taken a while for Oaklawn Park to become one of the premier racetracks in the United States.

See below for the races and the horses that won the races that put Oaklawn Park on the map.

Most Famous Races at Oaklawn Park

Plenty of good horses had won the Arkansas Derby. But, the first truly great horse to win the Arkansas Derby in my opinion was the brilliant Smarty Jones in 2004. Smarty Jones had the best shot of winning the Triple Crown from all of the horses with a shot before American Pharoah did it in 2015. Smarty dominated both the Kentucky Derby and the Preakness Stakes. He barley lost the Belmont.

Without a doubt the most famous race horse to ever win the Grade 2 Oaklawn Handicap is Cigar. Before Zenyatta, there was Cigar. Trained by Bill Mott and ridden by Jerry Baily, Cigar fell one race short of breaking Citation's incredible 16 wins in a row record. In the 1995 Oaklawn Handicap, the son of Palace Music and the grandson of the great Seattle Slew, held off Concern while running past the gutsy Silver Goblin.

Great racing at Oaklawn Park continues this week. Oaklawn, without a doubt, has become one of the best racetracks in the United States.