8 of the greatest future stars on the planet are ready to roll for the 2015 version of the Bob Balfe Puppy Stakes. A wide open field will go for the glory of winning $20,000 and have a quick path to stardom in greyhound racing. Future All-American Storm Control won this race last year and we all know what kind of career he went on to have. Who will be that next superstar at "The Beach?"

Here are all of the 8 finalists and the odds I believe they will go off at when Post Time comes around on Saturday, April 25, 2015.  The race is scheduled to be race 12 on the program but please check before making your wagers! 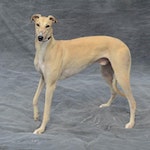 #5 Bally’s Arthur ~ B & B Racing ~ 9-5 Odds My pick from the beginning to win it all. Has never been caught on the lead and has the best rush of this field. The biggest question will be if Arthur will display that patented rush because the last two races it hasn’t happened. Owner Randy Doubles has two chances at a Title with Arthur & Windy Maddie.


#4 Daily Prayer ~ Ryan Racing ~ 2-1  The most complete racer of this field with a stellar rush and a nice combo close. Sitting in a tough spot between two solid rushers and will need to be in the hunt early to have a chance to take this one. One of the best puppy prospects we have seen from Ryan Racing in some time. 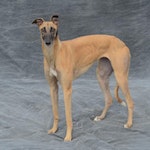 #1 Windy Maddie ~ B & B Racing ~ 3-1  B & B Racing will be going for their 4th Stakes Title of the season. Maddie draws the pole position 1 box, which for most greyhounds would be a blessing but Maddie isn’t a total fan of it. Loves mid track and the only other time she was in the 1 box in her young career, she finished 7th.


#7 HotFoot Pink ~ Suncoast Racing ~ 4-1  The hottest racer coming into the Final. Has reeled off two straight wins and was able to outbreak Bally’s Arthur last time out. If Pink gets the lead in this race, there really isn’t a greyhound in this field that can run her down. 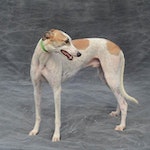 #8 Faneuil Hall ~ Rader Racing ~ 5-1  Has really surprised Palm Beach fans with how he has ran in this Tourney. Coming off an impressive victory in the Sweet 16 for owner Boston native Steve Sarras. Can Rader Racing end it’s 13 month drought without a Stakes Title?


#3 PJ Get Out ~ Rader Racing ~ 6-1  Like most of the field in the Bob Balfe Puppy Stakes Final, will need to get the lead to have any chance to take home the top prize. Did have two wins in qualifying, including a W out of this same 3 box on April 11th. 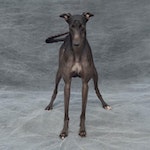 #6 Atascocita Clo ~ Suncoast Racing ~ 8-1  Sitting in a tough spot to start having to try and outrush Bally’s Arthur and HotFoot Pink from the get go. Might be a good idea to put in your exotic plays because she did hit the board in two of the four qualifying rounds.


#2 JS Tow Mater ~ Koppe, Staats & Collins ~ 9-1  Out of any of these Finalists, this is the best closer. Hit the board in all the qualifying rounds, winning from an inside position on 4/11. Owner Shannon Henry is no stranger to winning Stakes Titles and with how wide open this field is, could get another one here.

I picked Bally’s Arthur from the beginning and I’m sticking with it. Has to get the lead early, otherwise there will be an upset. It wouldn’t surprise me at all if an unexpected winner comes from this Field.

Enjoy the Puppy Stakes Final everyone!

~All photos provided by PBKennelClub.com