The 39th running of the $50,000 St Patrick’s Invitational should be an instant classic this year. 8 of the top superstars at Palm Beach, all from different teams, run for the gold in the last of the Big 3 Stakes series. Many fan favorite greyhounds and different possibilities that could happen in this race and I'm here to try and break it all down for you.

Here are the odds I think each racer will have when the boxes pop at the start and which racer has to best chance to win it all this afternoon at “The Beach.”

The most decorated greyhound currently at Palm Beach, with two Stakes Titles and a Runner-Up Finish in the National Championship Final . Is one of the top rushers in the entire country for all-star owner Steve Schlachter and shows up big time when the chips are all in. Probably the most clutch racer of any this season. 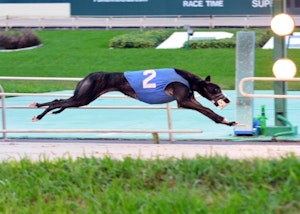 ~#1 Hustle It Up ~ Janie Carroll Kennel

The current season wins leader with 23 is an 89% all time winner from the 1 box here. Is 0-3 running against Storm Control this season and this could be a big chance for Hustle to prove she’s the best sprinter in South FLA. One of the only greyhounds in the entire club who can rush well and close just as dynamically. 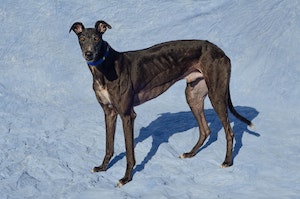 The Agganis Team had to be thrilled with their superstar getting the outside box. One of the most talented breakers in the game will have all of the room in the world to start, which will have him diving towards the rail immediately Don’t be surprised if “Smokey” is the leader coming around the turn. 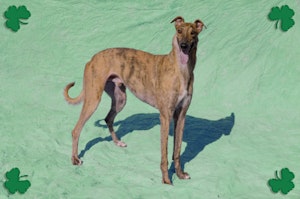 One of the hottest hounds at the track. Has won 4 of his last 5 starts and will be trying to win top Kennel Rader Racing's 5th St. Patricks Day Title. 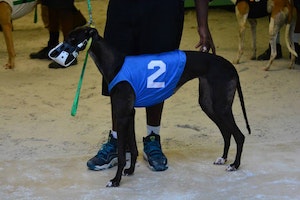 The Futurity Runner- Up is one of the only true closers in this race. Any trouble at the turn and Suncoast Racing could be celebrating a Championship with Deja running down the early speed. 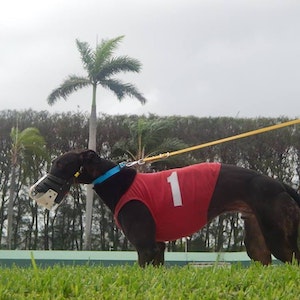 “The Pride of Toledo” is the hot shot rookie making his Stakes debut for owners Mike Seeger & Nancy Meyer. Tough box assignment and will need the break of his life to get in front in this one. 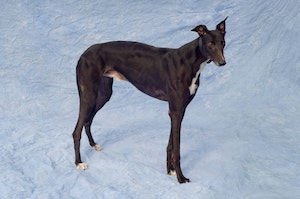 The surprising pick from her Kennel won 3 races in February and has the second fastest overall time this season (29.43 secs) of this field. Could be the best long shot pick of this bunch. 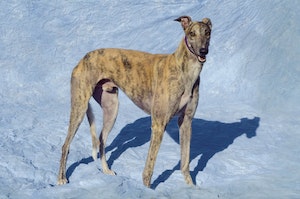 Draws the toughest spot of the field with the slashing rushing style of neighbor next door PJ Smoke Em Out. May want to put in your Exotic plays because he is an 84% board hitter though. 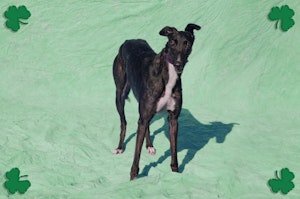 Many possibilities with how much early speed is in this race. Hustle It Up is in the best spot on the rail and is due to beat rival Storm Control.  Janie Carroll takes home their first Stakes Title at Palm Beach after this one.

I asked a few people in the Industry who they thought would take home the gold after handicapping this epic Final race:

This is a fabulous field.  I believe Hustle It Up is in the best position to win with the best inside rush.  Having PJ Smoke Em Out in the 8 box I think will be a problem for the stars outside to mid track in this race.

We are going with Kb's Gold Rider in this Invitational.  If he pops the box, doesn't like to give up the lead.

Enjoy the St. Patrick’s Invitational everybody!