The first month of racing in 2016 at Palm Beach was fantastic as always!  With the He's My Man Classic Tournament and the National Championship being held as well, greyhound racing had a lot to show off this month. With two more major Stakes titles up for grabs in February & March, the action should get even more exciting.

Here are the Top 10 greyhounds for January currently racing at "The Beach." 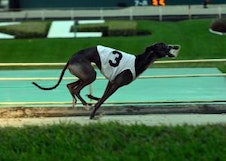 Ethel scores our #1 ranking for the second straight month. An absolute monster on the 660 yard course the past two seasons.  Currently holds the season wins lead and shows no signs of slowing down. Will be the hands down favorite to win the $50,000 3/8ths Mile Derby Final in February. Watching history as it happens with Ethel folks.

"Shorty" showed he belonged in the BetAmerica Daytona 550 National Championship by running right with the best in the country finishing a close 4th.  Followed it up with a smoking 29.27 secs victory upon returning to Palm Beach.  Dangerous closer and one of the best sprinters ever here. 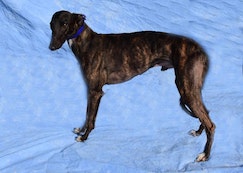 The "Ultimate Longshot" scored a humongous upset in the prestigious $50,000 He's My Man Classic for owner Billy O'Donnell.  It will be interesting to see if Xtenshun can build on his success and become a consistent superstar here.

The sensational rookie has taken Palm Beach by storm, rifling off 6 straight wins.  Not since Bae Sang in 2014 has any super sprinter been able to put this kind of winning streak together. Puppy potential is through the roof for this new star. 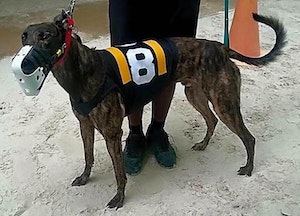 Welcome to the Top 10 Blu Too Kennel!  Their top superstar has been impressive this season, scoring winners circle passes in 10 of his first 14 starts.  The little Kennel that could is certainly a secret no more. Tarmac is the real deal.

Second in wins this season, the "Luck of the Irish" has been one of the most consistent racers of any sprinter around.  An 85 % board hitter and a stellar rush/close combo. 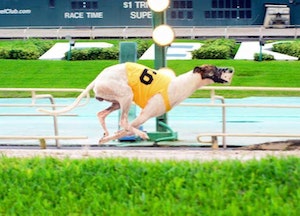 "Iron Mike" was stunned in the He's My Man Tournament failing to make the semi-finals but don't let that fool you.  Tyson is still one of the most dynamic racers at Palm Beach and has the ability to throw down ridiculous splits on any given day.

The best to ever grace the SSP Course cooled off in January with only 1 victory.  Is still only 4 victories away from tying the all time wins mark by Pat C Rendezvous here.  The ageless wonder is a must watch every time he starts. 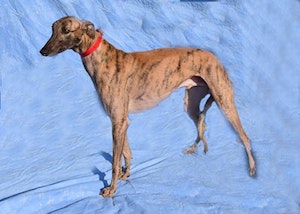 Completed the undefeated Grade Ladder earlier this season and hasn't slowed down.  "Tom Terrfic" has been one of the hottest rookies in the history of Palm Beach, hitting the ticket in all 16 of his career starts and making the He's My Man Final.

4th on the season wins list and He's My Man Classic Finalist. Track announcer Mike Jameson loves to announce that he will "Burst To First." 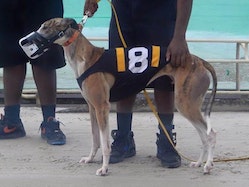