An exciting September month of racing has completed at the Palm Beach Kennel Club! Many of the top superstars here have been shining like they always do, but a few new comers to the track are showing that they have some puppy promise for the future.

Here are the Top 10 greyhounds that are currently racing at “The Beach.”

Carmen sits at the top of the rankings for the first time ever! If she gets an inside post position draw, very few greyhounds stand a chance against her. Not ready to call her the “Queen” yet, but she’s making a good case for it. 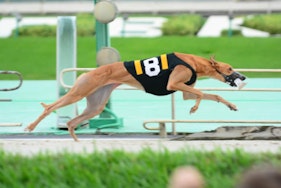 Won three straight starts to begin the month. Is one of the best lid flippers in the country when she is on. Has 38 career wins at this track. Is a "Super Sister" to JS Froot Loops.

The best super sprinter currently running at Palm Beach. With rival Bae Sang taking a break from racing, look for Fox to rack up a bunch of W’s in the next few months. 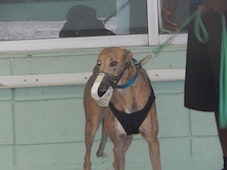 Burst on the scene in September for owner Steve Schlachter. Has won 7 of her first 8 starts and has the rare combination of great rush and lethal close. Keep in eye on sensational Lizzy because she may become a favorite to win Stakes titles this Winter.

Is the best chance the Champions Racing Team has had for a Track Champion in a long time. Loves the outside 8 box. 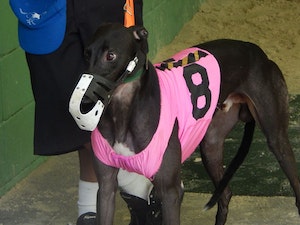 “Chip” has stepped up his game this season for owner Laura Brady. Possibly is the best Sprinter for Rader Racing, which is a huge accomplishment.

In the ever changing landscape that is the 3/8ths mile, Fala is the best racer currently going. Lets see if the Birmingham transfer can keep it up going into Stakes Season.

One hot puppy prospect for the top Kennel here. Has one of the best closes of any racer at Palm Beach. 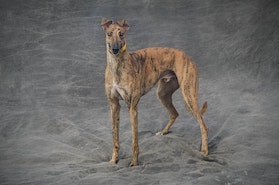 The Puppy Stakes finalist cooled off in September after the impressive Tournament, but should come back strong leading into the Fall racing season. Is a 50% winner so far this year.

Has been one of the most consistent “A” graders since the season started. Third on the season wins list with 8.

*Bae Sang, CRT Leyla and Storm Control are currently on breaks and should return to racing soon.