After a successful first try at our new column last week, we are back to bring all the news and stories from South Florida's top greyhound track to you once again! The Puppy Stakes dominated the fans interests as we announce the Finalists for next Saturday's $20,000 big race.  Kb's Like A Fox again was looking for career win #90 this week and a veteran for B & B Racing has started to catch fire in the month of April.

Here's the top stories from another outstanding week of racing at "The Beach." 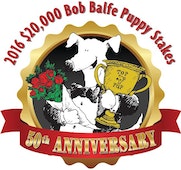 After four rounds of intense action, the 8 Finalists for the 50th running of the Bob Balfe Puppy Stakes have been announced. The Finalists are:

The Post Draw for the Finalists will be tomorrow at 12:30.  This draw is critical for these athletes, as a prime box could be the difference in next Saturday's Final. We have picked Kinda Cruel Red as our pick to win it all, but this field is wide open and could be won by pretty much all entries. Check our Twitter/Facebook feed tomorrow for updates.

Kb's Like A Fox from Rader Racing was looking for career victory #90 on Friday and a share of the season wins lead, but was upset by rookie Canoe Man from B & B Racing.  Fox will again try for the milestone in Tuesday's Matinee 4th Race, with Canoe Man slated to lace them up against the legend. No athlete currently running here is a must watch quite like "The Fox" is.

Jamaica we have a bobsled team....and one hot greyhound!

The nearly perfect season for B & B Racing continues with an unexpected veteran finding her stride with the stars of A Grade.  Superior Jamaica ripped off another impressive run in Saturday's Matinee, firing out of the box for the 29.90 secs win. Jamaica now has streaked to 5 victories in her last 6 starts.

B & B was very smart with their almost 4 year old veteran, as Jamaica was struggling to even get out of C Grade last December and decided to sit her for three months.  The move has paid off as Jamaica looks like Usain Bolt out there flying around the Royal Palm Course.  Keep your eye on "Cool Runnings" the rest of this season to see if her outstanding form continues.

To nobody's surprise, the fastest super sprinter in the history of Palm Beach has put it all together in West Memphis, Arkansas.

Craigie Renegade who set the all time career mark with a scintillating 16.22 secs record breaking run last month has won three in a row in his new home.  The product of owners Steve Sarras & Jimmy Zawisa will continue to race this summer at Southland as he prepares for the prime time Festival of Stakes Tourney coming up in October.  Congrats to Renegade and all connections on his continued success!

The $50,000 St Pats Champ got his first victory since the holiday Stakes race with a strong 29.61 secs come from behind win on Tuesday. "Iron Mike" now has 20 W's this season and still is a threat in the track wins championship chase that ends on June 30th.

Make sure to look for our Puppy Stakes Final Preview coming up this Thursday.  Enjoy this next week of racing fans!