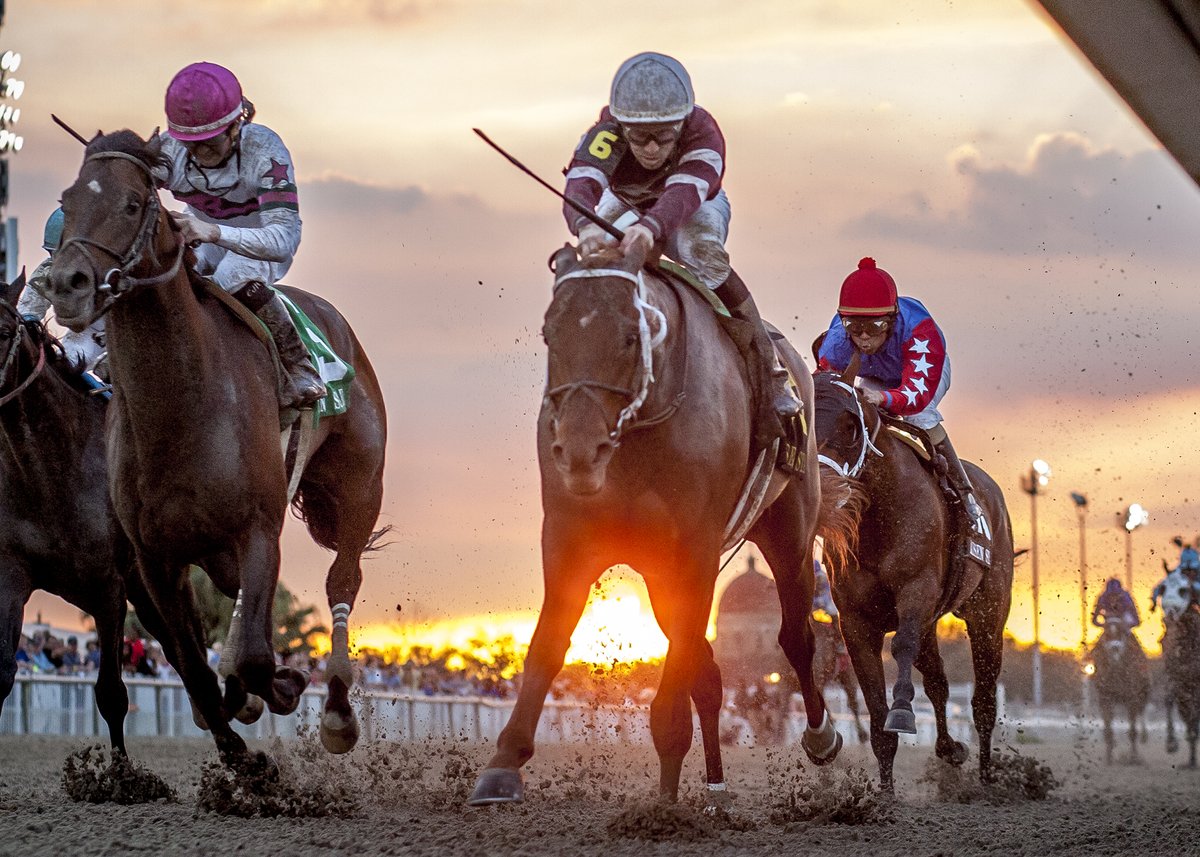 Another fun weekend of racing filled with action, excitement, and even some controversy. Here’s my Pick 3, a look at the three most interesting stories from this past weekend.

We had 2012 NHC Champ Michael Beychok on the BARN last week (Listen Here) and he listed Gun Runner as a horse he was most excited about in the Risen Star and sure enough Gun Runner got the win. The story of the race for me though was the trouble of Mo Tom who was starting to roll and had to check strongly. It was a Fair Grounds track that was playing kind to speed most of the day and Gun Runner and Florent Geroux made a great move to get up close in the middle stages of the race. I thought that was the winning move. Mo Tom was last into the final turn but still rallied to finish third even after the trouble. Also his stable-mate Forevamo finished another good second, at huge odds. Maybe he’s just better than we all think.

This was the first time I’ve seen a third place finisher in a maiden event not only trend on twitter, but be featured in a story on the LA Times website. If you didn’t know, Ziconic is Zenyatta’s son, so of course he’s being met with expectations that likely far exceed his ability. He broke slowly and was really far back and then started to make a move on the turn and down the lane to finish a decent third. According to social media, he had just made a “Zenyatta like move” and a “Zenyatta like third place.” Just FYI, there’s no such thing as a Zenyatta like third place. She was an all time legend, on the track and in the hearts of fans. Her kids will likely never get out of that shadow. But what we did see was a very honest effort by a horse who unlike his sibling Cozmic One, actually seems to want to run. While Ziconic will always be overhyped and likely overbet, the fact that he at least showed some promise is a very good thing.

3. To Replay or Not to Replay

I was watching an interesting debate unfold online after a horrific spill in the Saturday feature at Gulfstream Park. Only 4 of the horses ended up finishing the race after a horse in front went down and caused a horrible chain reaction. Gulfstream elected to not show the spill when showing the replay of the race afterwards. Some handicappers were very upset that they couldn’t watch the replay and some folks thought it was a good and respectful decision. Someone posed the question “If you owned the horse would you want it broadcast?” My answer to that question would be yes, but I wouldn’t watch it. My friend Luke Kruytbosch of Churchill Downs announcing fame used to say “Show the replay once, then the head on. But don’t sit and show the replay time and time again like the stewards are seeing.” I’ve always thought that was best. However I remembered back to when a young rider was killed in a race at Beulah Park and how the replays were never shown or made available afterwards. And I thought that was a good thing. So Saturday I was having a bit of a moral dilemma of why I was supporting the replay being shown when a horse’s life was in peril. Something to think more about I guess.
Racing
Loading...