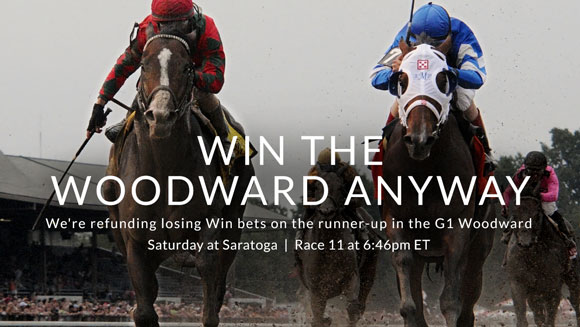 1-Long River: Beautifully bred colt gets hot Irad Ortiz back up & blinkers back on.
[8/1] 1A-Romansh: Toss the Whitney for the troubled trip & remember that he's solid at the distance. [8/1] 2-Itsmyluckyday: Speedy son of Lawyer Ron has never won this far, but he's been close in both tries. [5/2] 3-Micromanage: He's 2-for-2 at Saratoga & cutting back off a daylight win v. lesser company. [8/1] 4-Moreno: Consistent speed got his first victory in 13 months winning the Whitney last out. [2/1] 5-Prayer for Relief: Hard knocking 6yo always runs his race & gets reunited with JohnnyV. [12/1] 6-Zivo: Closer is a head away from looking for his 9th straight win & has never been off the board at The Spa. [5/1] 7-Norumbega: Blinkers go on this gray son of Tiznow for the first time trying to keep his perfect Saratoga record intact. [10/1] 8-Last Gunfighter: Joe Bravo gets back aboard this dark bay who could surprise given this is his best distance. [15/1] 9-Stephanoatsee: Shackleford's little brother hasn't won in 679 days, but he's been close against some good horses. [30/1]

This race seems pretty straightforward on paper: Moreno and Itsmyluckyday should be flying on the front end in a battle of wills to see who can stick around long enough to cross the wire first. It wouldn't surprise me if Romansh and Micromanage are up there too.

As they turn for home, Zivo will be rolling and Stephanoatsee should be starting to roll with his usual grinding style. Prayer for Relief and Last Gunfighter will surely put in their usual solid efforts too. I'm not quite sure what to make of Long River, but I would absolutely use Norumbega for the exotics.

Remember... we're refunding up to $25 of your losing Win bets on the Woodward, if your selection finished second, so make your selections wisely! You can't go wrong with either of the favorites in here with that special offer!