Saturday evening's lucrative card at Yonkers Raceway was highighted by the $530,000 George Morton Levy Series final for aged pacers and the $260,000 Blue Chip Matchmaker series for pacing fillies and mares, but both events proved how much post positions and trips play a role in the outcome of the sport's biggest events on a half-mile track. 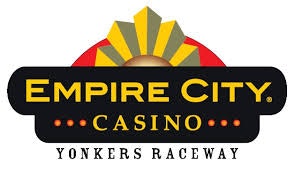 Midway through the card, Venus Delight (Jason Bartlett) made the most of her rail draw by leaving alertly to secure the pocket behind Yagonnakissmeornot (Brian Sears), sat a tight two-hole through the first three calls and then angled to the passing lane and overhauled the leader late for a length score in 1:52.4. It was the third win in five starts this season for the five-year-old Bettor's Delight mare trained by Jeffery Bamond, Jr. and it was her 20th victory in 48 career outings, pushing her lifetime bankroll toward $425,000.

Yagonnakissmeornot, who settled for second for the second time in six starts this season while making the 100th start of her career, raced well in defeat, as did stablemate, Carolsideal, who won four legs of the series then grinded out a first over journey alongside her entrymate before fading to third. Carolsideal had the rail twice and the two slot once in four favorable Matchmaker elim draws, but even post four in the final and the change in trips proved to be difficult for the Rene Allard mare to overcome.

One race later in the $100,000 George Morton Levy Series consolation, Sapphire City (Mark MacDonald) continued her longtime affinity for the New York half-mile oval by benefiting from a pocket trip behind Michael's Power (Daniel Dube) and rallied along the inside late for a length victory in 1:52.2. The seven-year-old Metropolitan gelding had finished second twice, third once and fourth twice in five Levy prelims for trainer Paul Blumenfeld, but Saturday evening he regained his winning ways and became a millionaire in style by capturing the Levy series consolation for his third win in 14 starts this year and the 42nd of his 171-race career.

Then one race later in the $530,000 George Morton Levy Series final, Domethatagain (Dube) proved to be the ultimate beneficiary of last Tuesday's post position draw. Starting from the coveted rail, Domethatagain left to secure good early position behind defending champion and four-time Levy leg winner, PH Supercam (Bartlett), sat a tight pocket down the backside and through the far turn then angled to the passing lane and surged past for a two-length score in 1:51.1.

A six-year-old Bettor's Delight stallion trained by Allard, Domethatagain had only won once in five Levy prelims - he had drawn post seven for the first two legs - but was on his game on Saturday night. Of course, like Venus Delight and Sapphire City in the two races before him, Domethatagain benefited from the draw and the trip to notch the most lucrative score of his career. He now owns 20 wins in 77 lifetime starts and pushed his career earnings toward $825,000 in the process.

While Bamond had been fortuitous in the Blue Chip Matchmaker draw when Venus Delight garnered the rail, his two older pacing males suffered the ultimate cruel twist of fate that morning. Mach It So, a sharp Levy leg winner in the final round, got post seven and PH Supercam, a four-time winner who looked the solid choice to successfully defend his Levy final title, was even unluckier with post eight. PH Supercam overcame the outside draw to make the lead, but he wilted in the lane.

One race later in the $42,000 Open Handicap for older trotters, the outside post assignment hardly proved detrimental to Dw's Ny Yank. This six-year-old gelding trained by Ron Burke overcame the outside slot to gain command before the opening quarter, got a modest breather by the half and then held safe Il Mago (Jason Bartlett) for his fourth straight score after opening the campaign with three third-place finishes. Dw's Ny Yank has earned nearly $100,000 from seven starts this year and now owns 36 wins from 97 career outings and is less than $225,000 shy of joining the list of trotting millionaires.

Then one race later in a non-winners of $25,000 last six starts class for pacers, Bettor Reason N (Eric Abbatiello) maintained his sharp form since arriving from New Zealand when he benefited from the inside draw and a pocket trip to score by two lengths in 1:53.1. A seven-year-old Bettor's Delight gelding, Bettor Reason N notched his third win in four starts in the United States and looks poised to join the Open ranks in the near future. He has rapidly climbed the conditioned ladder with wins against non-winners of $12,000 last six company and his latest tally against much tougher non-winners of $25,000 last six rivals.
Racing
Loading...