Our office had a mantra during the two months the TwinSpires.com player’s pool chased the Rainbow^6 seven-figure carryover at Gulfstream Park: It’s OK if you don’t hit it as long as no one else does.

And so it went for two months of a mix some decent scores, treading water, and shutouts, but even when we threw up a goose egg, there were always at least two other winners to help keep the dream alive another day.

Until today (Sunday, May 25) that is, when Dan Borislow rode a double single (i.e. he used only two horses) in leg 4 (race 6) to Rainbow glory when his all ball in the other five legs each connected with a double digit-priced horse. Borislow $6,678,939.12, everyone else (including the TwinSpires.com Player’s Pool) $0.

You often hear horsemen talk about the highs and lows of this game, and of course horseplayers know of them, too. 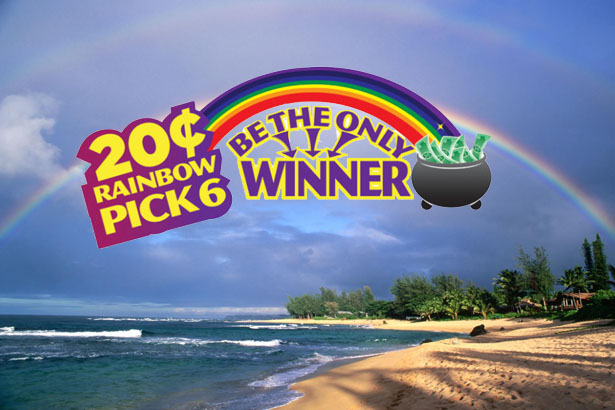 I was feeling pretty good through three legs of this thing when Bagration ($35.80) and Cajun Breeze ($22.60) kicked things off with a 311-to-1 double that left us live on all tickets. Little Bart ($12.80) in leg 3 (race 5) meant that either 2, 5, or 7 would have to win leg 5 (race 7), but beating the favored Sea Zar Run was essential for a shot at the jackpot after the late scratch of #8, which would have left us with multiple tickets no matter what transpired.

We lost another single when #9 Marie’s Music faded badly in leg 4 (race 6), but more importantly (though we didn’t know it at the time), we lost any chance at a scoop when morning line favorite #1 Signofaffection got the job done at 4-to-1. That’s because Borislow’s ticket had all-all to close out the sequence, and the TwinSpires.com Player’s Pool was 3x7. I.e., no matter how it came in, Borislow would have a winning ticket, too.

And admittedly that eases the pain somewhat, since not using Cajun Sunrise in lieg 5 (race 7) “only” cost us ~$96k instead of $6.6-million.

Several people have asked me what we didn’t like about Cajun Sunrise. We just didn’t think two horses with “Cajun” in their names would win on the same day and sided with Cajun Breeze because he was a long price.

That’s a joke to lighten the mood.

The good news is that—while there is no multi-million-dollar mandatory payout carryover pool tomorrow—there’s plenty hair of the dog available with carryovers coast to coast like $94k in the Santa Anita Pick 6, $44k in the Gulfstream Pick 5, $6,554 in the Arlington Pick 5, and $6,236 in the Churchill Downs Super High 5, and the Player’s Pool will be back for Belmont Stakes day (if not sooner, carryovers pending).