With the Rosecroft Raceway fall meet rapidly winding to a close, owners and trainers are seeking several more victories before closing night on Thursday, December 15, with the prospects of horse of the meet still looming.

Tuesday's second race is a non-winners of $4000 last five starts class for older pacers and it features two of the oldest on the night - Talbot Redneck and Missed Opportunity. Talbot Redneck, who already boasts three wins at the current meet courtesy of a streak of scores from October 27-November 10, notched career victory no. 50 on Oct. 27 for trainer Ken Schlotzhauer, who co-owns the 12-year-old Misfit gelding with breeder David Donahue. Talbot Redneck also sports a healthy 52-43-42 slate and $307,000 bankroll from 322 starts for his connections.

Right at the midway point of the card, Doggone Slots (Roger Plante, Jr.) will seek to atone for a ninth-place finish as the 7-10 choice two weeks ago at this level when he leaves from post three for owner-trainer Thomas Morris, Jr. Railbound Beau Joe (Kim Vincent) has enough gate speed to make his presence known early and often throughout the mile, while Accokeek Mercury (Frank Milby) looms a major threat after fading to fifth at this level last week following an extended first over bid for owner-trainer William "Rusty" Cox. 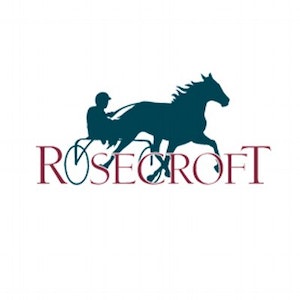 Then one race later on another non-winners of $4000 last five starts class for aged pacers, Ramblin Bob (William Carter) and Cracker Pullet (Jared Moyer), one-two finishers at this level last week, will both seek to maintain their good recent form, while Rocktavius (Plante) gets some much needed class relief and looms a major player from post nine in the second tier. Breakin The Law (Timmy Offutt) finished sixth against much tougher last week in his local debut for trainer Jerry Nock and  could overcome post eight.

Then one race later in the $12,000 Maryland Special for older pacers, arguably the best race the track has held this meet other than the $100,000 Potomac Pace here two weeks ago won by All Bets Off, Diamondkeeper (Plante), Concert Artist (Carter), Hi Sir (Russell Foster) and Arpeggio Hanover (Foster), all regulars in the top class here, will make their final case for horse of the meet in this very competitive affair.

Diamondkeeper, who sports an 11-4-6 slate and $73,000 bankroll from 34 starts this year for owner-trainer Basil Sapienza, is certainly a major contender in the horse of the meet chase from both Rosecroft track management and the Mid-Atlantic Chapter of the United States Harness Writers Association. The talented and durable five-year-old Pine Valley gelding already garnered the horse of the meet title at Ocean Downs from the scribes and now seeks his second trophy this year.

Concert Artist, Hi Sir and Arpeggio Hanover, who each have at least taken home one trophy for horse of the meet honors at Rosecroft, will look to state this case for more mantle accessories on Tuesday. Maryland newcomer Kindofabigdeal (Milby) finished a gritty second after a prolonged first over bid in this event last week won by idle Hide Me Away and looks to be a fixture in this event for owner-trainer Jeff Clark. Caviart Tyler, Spinout and Get Outta Eyre N, each sporting at least one wharp score at the meet, cannot be entirely overlooked.