Sam Houston Race Park will close out their 2016 live racing season on Monday, May 16.  Live racing will run Friday at 7 pm and Saturday at 6 pm with the final day of Quarter Horse racing set for Monday at 1 pm.

Two AQHA Bank of America Challenge stakes will be contested Saturday evening. Ten 2-year-olds will compete in the $69,390 John Deere Texas Juvenile Challenge (G3) with Teardrops At The Bar coming into the final as the fastest qualifier. Jockey Luis Vivanco won his 350-yard trial in :17.793 on the son of Separatist who is now two-for-two in his young career. He will break from post two as the 7-2 choice. Trainer Brian Stroud, who conditions 2014 AQHA world champion JRC Callas First, will saddle Teardrops At the Bar as well as Jayronimo, who will be ridden by Francisco Ramirez, Jr. 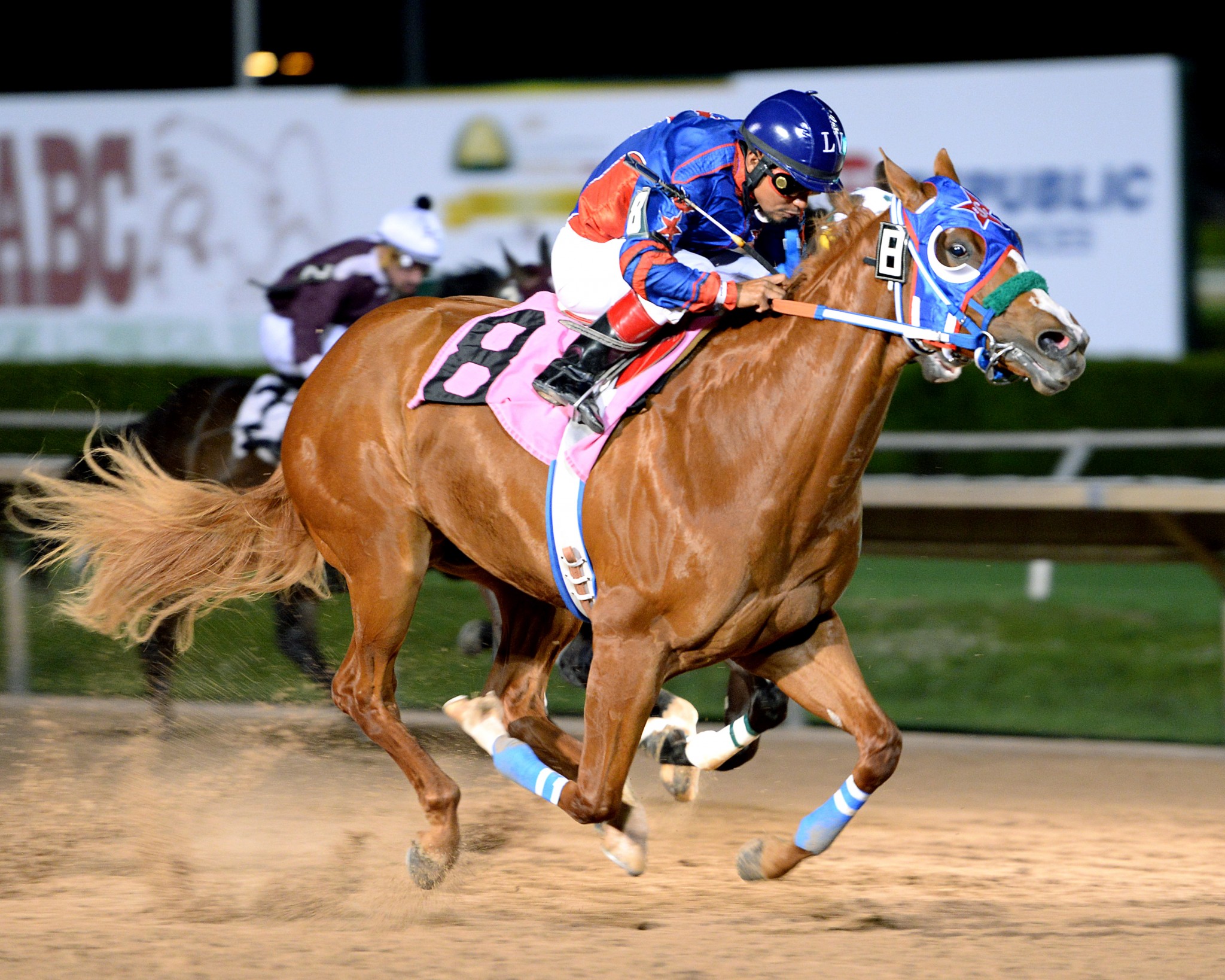 Trainer Rolando Almanza also qualified two finalists:  Shez Freaky and Maxx.  Shez Freaky, owned by Mario Lozano-Cantu, ran fourth in the $268,000 Harrah's Futurity at Louisiana Downs on March 23. Jessie Lee Levario will pilot the Tr Dasher filly and Manuel Gutierrez will ride Maxx,  a Pyc Paint Your Wagon colt who ran second to Teardrops At the Bar in his trial.

The stakeswill run as the ninth race on Saturday with the winner advancing to the $150,000 John Deere Juvenile Challenge Championship (G2) at Los Alamitos on October 29.

The second Challenge final features 3-year-olds in the $44,460 Adequan Texas Derby Challenge.  Talented filly, Brookside set the fastest qualifiying time in trials on April 23 at Sam Houston Race Park, blazing to her 400-yard victory in :19.988 seconds.  The lightly raced daughter of Brookstone Bay is trained by Leon Bard and will be making her fourth career start Saturday evening under jockey Nestor Duran.

Their toughest competition will come from multiple stakes finalist Bm Casina Royal who set the second fastest qualifying time of :20.002.  Bobby Myers is the owner and breeder of the Pyc Paint Your Wagon filly, who will be ridden by Rodrigo Vallejo. She is conditioned by leading Sam Houston Race Park trainer Judd Kearl.

Mazzimo, bred, owned and trained by Jorge Haddad, won his trial in :20,266, setting the fourth-fastest time. The son of leading second crop sire The Louisiana Cartel, has now won two in a row, and Haddad looks for a good effort on Saturday night.

The winner will represent Texas in the $200,000 Adequan Derby Challenge Championship (G3) at Los Alamitos on October 29.

There are no stakes on Monday's card, but the track will honor the leading trainer, owner and jockey.  Judd Kearl is assured to clinch his seventh title at the northwest Houston racetrack, but the jockey and owner champions will go to the wire.  Kearl's first call rider, Rodrigo Vallejo is the leading jockey with 28 wins with just three days of racing left this season. Luis Vivanco is riding very well and added five wins last week to trail Vallejo by just one.  Francisco Calderon still has a chance for his first title as he has made 23 trips  to the winner's circle, and has some live mounts this weekend.  Pete A. Scarmardo is the leader in the owner standings with eight wins; three more than  Jorge Haddad.  Three owners are tied for third with four wins each:  John Boegner; Esmeralda Peck and Crown Racing.

The Texas Quarter Horse circuit shifts to Retama Park in June and then to Lone Star Park in September.