As horseplayers, we’re always looking for an edge, and, as horseplayers, we can usually find that edge at our home track. For example, my brother Eddie, who lives in Phoenix, can tell you the nuances of most of the trainers who saddle horses and most of the jockeys that ride at Turf Paradise. Me? My home track is Santa Anita Park. I’ve been going to the Great Race Place since I moved to Los Angeles in 1997. I routinely visit Santa Anita on most of the big race days and I used to visit the excellent restaurant, FrontRunner, every other Saturday.

Things change, of course. So, now, I usually wager on races at Santa Anita through my BetAmerica account. It’s much easier for me since family duties call for Saturday’s filled with kid movies, ice cream, and visits to a different type of park, the one with slides and jungle gyms. 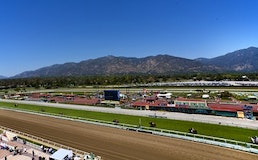 But that doesn’t mean that I haven’t developed a list of player-friendly tips for my home race track. Not surprisingly, Santa Anita has provided incredible consistency over the years in terms of who trains and who rides. There are some things that just happen at Santa Anita and some of those things seem to happen for no real good, logical, racing reason. 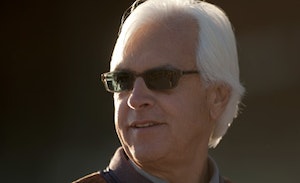 Bet the other Baffert – How many times has this happened? Bob Baffert, who received his bachelor’s degree from the University of Arizona like I did, will saddle two or even three horses in a race and the one with the highest odds wins? This used to be a Santa Anita angle that only worked for maiden races, or seemed to work best for maiden races, but then Bob saddled New Year’s Day to that stunning victory in the 2013 BC Juvenile at odds of $10.50 to 1 while Tap It Rich, the favored Baffert horse, went off at odds of $3.10 to 1.  Then, there was Indian Charlie versus Real Quiet in the Kentucky Derby in 1998. Indian Charlie had beaten Real Quiet pretty handily; he beat every horse handily that day, in the Santa Anita Derby just three weeks before. Who won the Derby? Real Quiet did.