Super Sunday takes on a whole new meaning this afternoon, as the SemiFinals of the $20,000 Dick Andrews Futurity takes place, along with rookie sensation Sg's Tom Seaver looking to stay undefeated through his first 8 starts in the finale.  Along with record holder Ethel Is Here getting the nod in Race 10, this Card looks to be one we will remember for a long time.

Here are the top races I will be following for the Sunday Matinee at "The Beach." 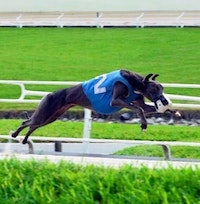 #3 Ethel Is Here from the Janie Carroll Kennel will be the heavy favorite here and she should be.  Winner of 8 of her last 10 starts, including the record smashing 37.13 secs blazer on 12/11.  No matter what field she is in right now, it's nearly impossible to pick against her because of how sensational she's running.

The only upset bid I can see as a possibility comes from #7 Kiowa Hathaway. Did upset Ethel last month, but is too inconsistent to really throw much of a bet at. Should easily make the ticket though.

Ethel continues her dominance this afternoon. 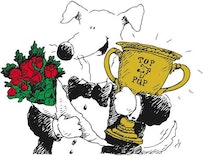 With the departures this week of my favorite to win Kinda Cruel Red and Rader Racing's Mohican Ice Lee, this Tournament became wide open instantly. Many of these racers in the two semi-finals needs strong performances if they are hoping to have enough points to make it into the Finals on December 26th.

#1 Kiowa Blossom from the Douglas Kennel looks to be in the best spot here.  Solid rush to the turn and should be in front of this one early.  Was edged out by #3 Atascocita Gass last time out and will need a solid lead coming for home if she plans on taking home the victory here.

Many early predictions had Red's brother #4 Go Big Or GoHome to win this Tourney. Big has struggled in the first three rounds and will need a big victory here to have any chance of making the Final.

Blossom holds on in a tight finish to start off the semis.

With my original pick Red out for the remainder of the Tourney, I have jumped on the bandwagon of #2 Amf Sweet Glide from top Kennel B & B Racing.  The 11 time winner has the most experience of the remaining greyhounds left in the semis and also possesses strong rushing and closing abilities.

Look out for top Tourney point earner #6 Atascocita Unify from Suncoast Racing, who has been flying out of the box since this Tournament started. Edged out Sweet Glide last time out and you can expect the same showdown heading for home again today.

#8 Kay Beowulf is almost assured of the Final if he can run solid today. Has made the ticket an astounding 15 out of his first 16 starts (94%) to begin his career.

Sweet Glide gets some revenge today on Atascocita Unify and storms into the Final. 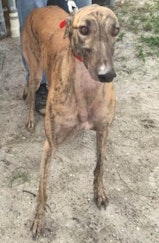 "The Franchise" #1 Sg's Tom Seaver can make history this afternoon if he can pull off his 8th straight victory to begin a career.  Only JS SpeedyPebbles in 2013 has pulled this feat off since the Club opened in 1932.  Has burst out to the lead in each start he has had, but will be facing the strongest field he's seen yet.  If he is to join "The Queen" on her historical thorn of greatness, it will be rightly earned. 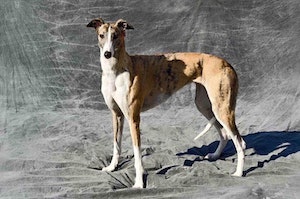 Interesting story line with #6 JS ToHotToHandle from the Koppe, Staats & Collins Kennel. Teammate to Pebbles and a former #1 Ranked racer here, "Sizzle" has a chance to stop Seaver's streak cold in its tracks this afternoon. She did stop Blu Too Tarmac's Ladder run last time out.  Just like her name indicates, when she is on, becomes red hot capable of putting together long winning streaks.

Look out also for #2 Amf Wild Burst,who was a Top 10 greyhound last month and just finished behind Seaver last time out.

I'm going for the upset here as ToHotToHandle keeps Pebbles record alone to herself.