The Champ Impressed By Meydan's Majesty Ahead of Dubai World Cup

In a country where the kings are real and majesty is not an intangible, the Meydan Racecourse delivers the royal goods for fans and horses.

Situated a few miles outside of the skyscrapers and towers of Dubai City – and a short drive from the palaces of His Highness Sheik Mohammed bin Rashid al Maktoum, Meydan is the newest iteration of bigger and better that shapes the ever-changing Dubai skyline.

Dubai is a city that at least in terms of construction never seems to rest on any laurels, and it’s nearly inconceivable to believe that anyone could build a better racetrack than Meydan.

The expanse of the track facility is as impressive from the outside as it is the inside where wide dirt and turf courses somehow manage to keep a pleasing aesthetic despite their—and the grandstand’s—expanse.

Now, I’m a guy that grew up on small track racing where the owners and general managers weren’t as interested in eye-pleasing aspects of a racetrack. 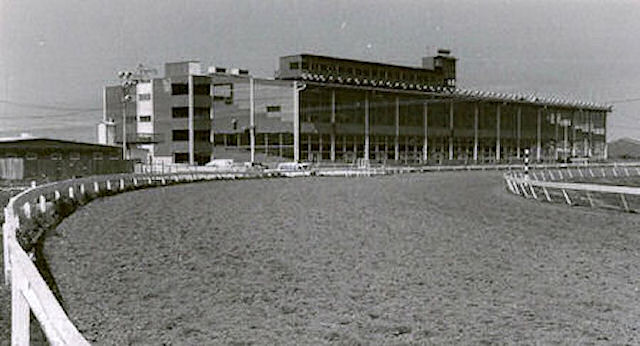 The late Jefferson Downs in Kenner, Louisiana, was my proving ground, and by ground I literally mean of the earth. Like Meydan, Jefferson Downs raced at night (because of the Louisiana heat), but that is where the similarities end.

The horses at Jefferson Downs ran mostly in claiming races that valued the participants at $1,500-$2,500. Races were 4 ½ furlongs around one turn or 6 ½ furlongs around two turns. There was no turf racing, but there was a patch of grass in the field.

Oh, wait, I just thought of another similarity: neither track had/has water in the field. No pond resplendent with fauna, no fountains and no flamingos. Lake Pontchartrain outside Jefferson Downs and desert outside Meydan.

The horses seem to thrive here, but that should be the case given the modern stabling area and treatment as the world-class athletes they are.

Much of the credit for the quality of the facility and the growth of the Dubai World Cup must go to His Highness Sheik Mohammed bin Rashid Al Maktoum, the emir of Dubai, a member of the Royal Family of the United Arab Emirates, and the founder and operator of the Godolphin and Darley racing and breeding operations.

Most importantly to racing fans, he is an enthusiastic supporter of horse racing and his stamp on the sport is the Dubai World Cup not only the richest race in the world at $10-million but also a full program of stakes races and entertainment.

According to impeccable and unimpeachable sources (my Dubai taxi drivers), Sheik Mohammed is widely loved and respected by his subjects—an admiration that seems genuine and no manufactured.

From this horseplayer’s perspective, Meydan and the Dubai World Cup event created and fostered by Sheik Mohammed has earned my respect as a great horse racing experience and event that horseplayers should watch, wager, follow and support.