Watch for all of our new television commercials on FoxSports1!

Hall of Fame Jockey Mike Smith is one of the most well-known and recognized riders in the sport today. In addition to his record 17 Breeders Cup victories, Smith has won over 5,000 career races and has been the regular rider for champion horses such as Zenyatta, Shared Belief, and Azeri. The son of a jockey, Smith’s racing career began humbly in New Mexico and the Midwest and led to multiple leading rider titles in New York and Southern California.

Originally from Panama, Alex Solis has been based in the Southern California circuit for 30 years. His many racing accomplishments include winning the Breeders’ Cup Classic, Dubai World Cup, Preakness Stakes, and the Santa Anita Derby. Solis has earned 20 meet riding titles and was inducted into the Hall of Fame in 2014.

BetAmerica is proud to have sponsored the following riders... 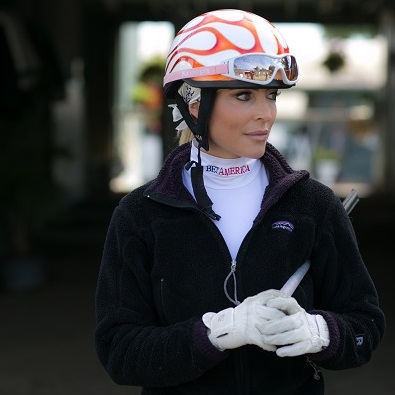 Canadian-born jockey, model and actress, Chantal was twice named Outstanding Apprentice at the Sovereign Awards. Splitting her time between Woodbine and Southern California, Sutherland-Kruse has been the regular rider for such talented horses as multiple stakes winner Game On Dude and Great Hot. She recently finished third on Asserting Bear in Canada's answer to the Kentucky Derby: the Queen's Plate.  Chantal has worked with BetAmerica since 2012, for more details on Chantal click here. 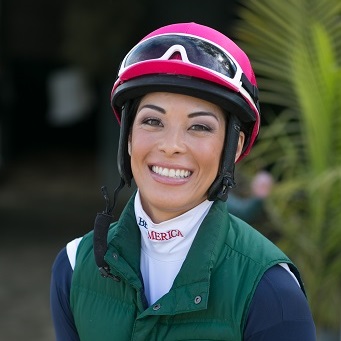 Kayla began her career in her native Australia and came to America as a personal challenge. She soon found success on both the Northern & Southern California circuits before settling down south with her young family. Kayla's zen approach to life seems to resonate with horses and has resulted in a 26% in-the-money rate. She captured her first graded stake aboard Top Fortitude in the 2014 G3 Laz Barrera. 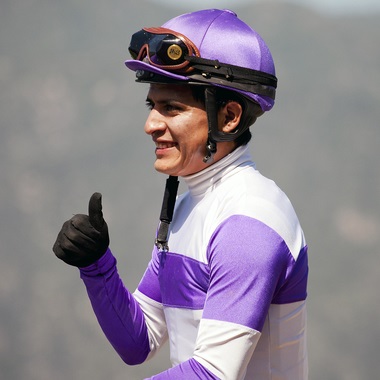 Known as "Marvelous Mario" at Hastings Racecourse where he rode at on arrival from his hometown of Veracruz, Mexico, Gutierrez has been the regular rider for Team O'Neill and Reddam Racing in Southern California for several years. He was aboard I'll Have Another for the colt's undefeated 3yo season that included victories in the G1 Kentucky Derby and Preakness Stakes. 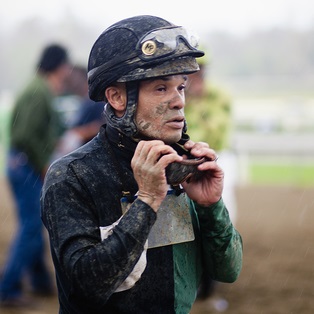 The Panamania-born Pedroza has won over 3,600 races in a career that began more than three decades ago after his brother - also a jockey - introduced him to the sport. His first G1 victory came aboard Martial Law in the Santa Anita Hcp (at 50-1 odds) and he is the undisputed king of the Fairplex track in Pomona. One of the most resilient riders, Martin is back riding after recovering from a broken shin. 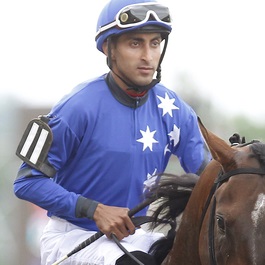 Edwin came to Southern California from Columbus, Ohio, by way of tracks in Winnipeg (Canada), Texas, and Louisiana. Known as a very good speed rider, Maldonado's breakout year came in 2012 with wins aboard talented stakes winners Comma to the Top and Izzy Rules, and he was a half-length from winning the 2013 G1 Breeders' Cup Turf Sprint aboard Reneesgotzip. 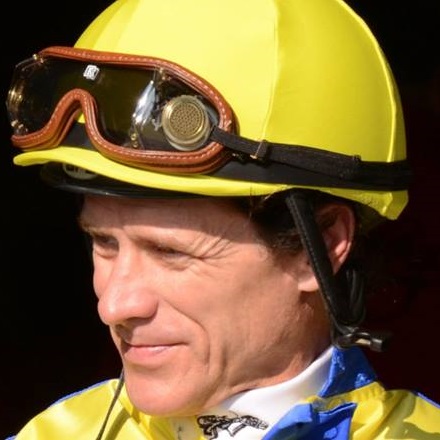 Born into a racing family from just outside Seattle, Joe knew he was going to be a jockey at the age of five. He owns notable wins aboard Danthebluegrassman and Saratoga Passage. Steiner retired from race riding for a time to recover from injury and worked for the Jockeys' Guild before becoming one of Hall of Fame trainer Bob Baffert's main exercise riders, then returning to the saddle.