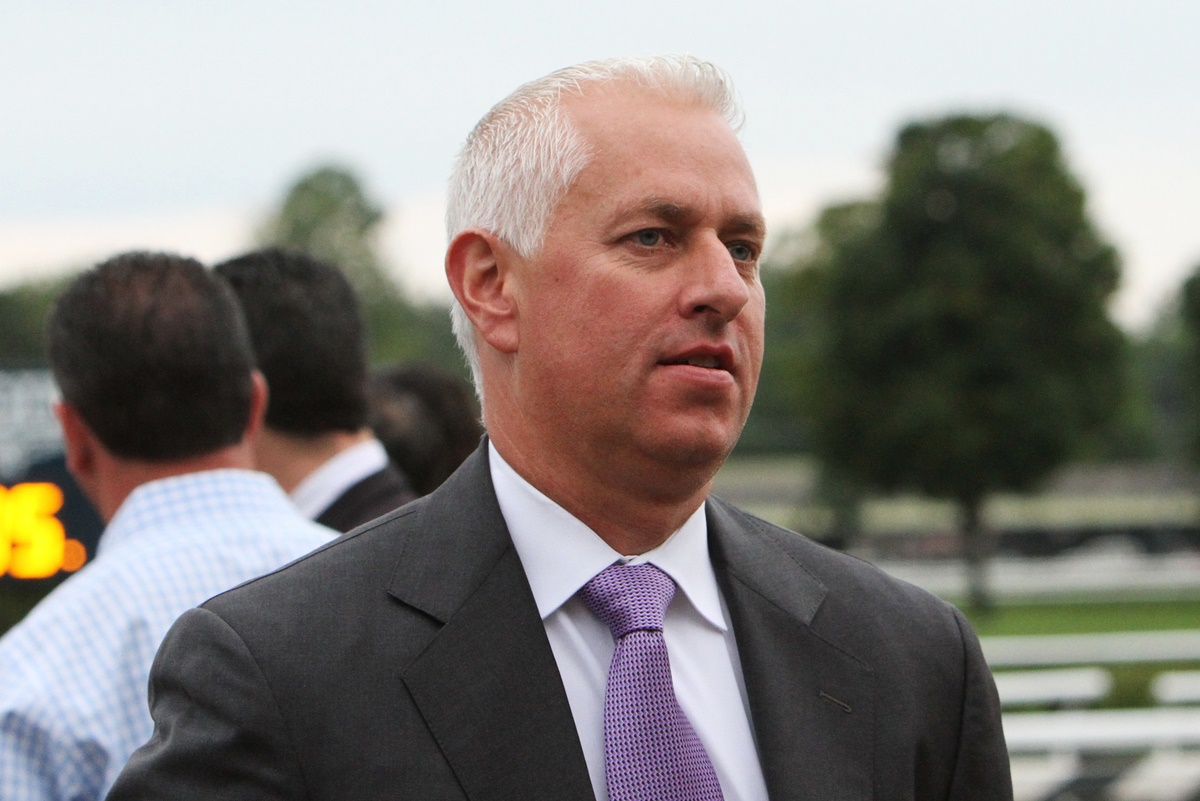 All of the talk surrounding Breeders' Cup Juvenile winner Classic Empire has led to some terrific two-year-olds being forgotten. That's to be expected. At this stage on the Road to the Kentucky Derby, it's difficult to look past the Beeders' Cup Juvenile winner. But there are more horses that could take down the Roses than just Classic Empire, Practical Joke, and McCracken.

Theory - The son of Gemologist and grandson of Tiznow was much too close to the pace of the Breeders' Cup Juvenile. He had no shot after being so close to the pace. It was also his first race going two-turns and only his third lifetime race. Todd hasn't said where his next race is likely to be. Don't be surprised if Pletcher leaves him Florida to run in the Holy Bull, the Fountain of Youth and the Florida Derby. I really like the way he won the Futurity Stakes at Belmont. Throwing Theory to the wolves in the BC Juvenile should prove to have been a great learning experience for the colt. He's got the goods to be a top three-year-old in 2017.


Syndergaard - Synergaard ran a great race in the BC Juvenile. He carved out all of the fractions. A 23.05 quarter is fast. Three-quarters in a bit over 1:10 is blazing. Syndergaard held on to finish fifth in only his 4th lifetime race and in his fist race around two-turns. He was sired by Majesticperfection. His grandsire is Harlan's Holiday. His great-grandsire on his mom's side is Forty Niner, who finished 2nd in the Kentucky Derby, won the Haskell Invitational, finished second in the Woodward and finished 4th behind Alysheba, Seeking The Gold, and Waquoit in the 1988 Breeders' Cup Classic.

I don't think there are any distance limitations to Syndergaard. If he can learn to relax either on the lead or right off of it, he could be a tough horse come the First Saturday in May. He definitely has the speed as evidenced by his second place finish to Practical Joke in the Champagne. A :44 half as a two-year-old is nothing to sneeze at!

Bode's Dream - Sure, the House Party Stakes this past weekend was at 6 furlongs. Yes, it was muddy at Gulfstream Park over the weekend. But, I have reasons why I love Bode's Dream's House Party win. The way she runs reminds me of the terrific Street Sense. She reaches out, to the wire, the way that Street Sense did in 2007, the year he won the Kentucky Derby. I also can't get past how well she's bred.

Her sire is Bodemeister who almost held off I'll Have Another to win the 2012 Kentucky Derby. Her grandsire is 2012 Belmont Stakes winner Empire Maker, himself a son of the legendary Unbridled. Bode's Dream should have no trouble going two-turns. So far, although she hasn't run a route of ground just yet, I like her more than any of the Top 10 horses listed on the Road to the Kentucky Oaks. In fact, it's early but based on what I've seen, she could end up as the next great Todd Pletcher filly comparable to Ashado and Rags to Riches.
Racing
Loading...