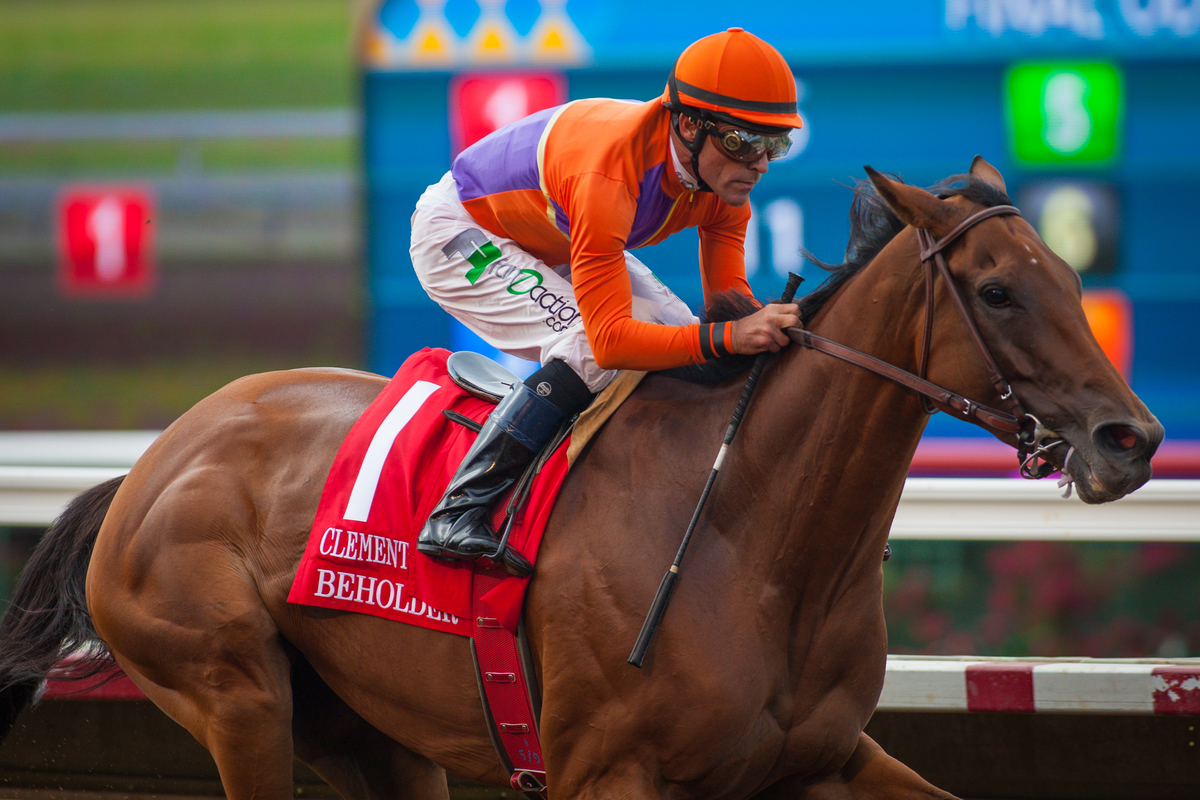 Although there are a number of three-year-old filly only races left, I think that this three-year-old crop is good enough to include with the distaffers. In fact, right now in my Top 5 I've only included 2 distaffers. Although no word yet on whether or not Beholder will run in the Breeders Cup Classic, if she didn't and instead ran against a horse like Songbird in the Breeders Cup Distaff, there are few horse racing fans who would be disappointed. No matter what happens in the older male division, there's no match up that would come close to a Songbird versus Beholder throw down in the Distaff at Santa Anita Park.

Some horseplayers, like my brother Eddie, think that Songbird and Beholder might face each other before the Breeders Cup. Either way, it would be the biggest match up of the year. I thought that 2016 might be the year for the female horses to rise. With no three-year-old truly emerging from the Triple Crown races and with the male handicap division in disarray, Bradester just won the Stephen Foster, I might have been right.
Beholder - She remains the best horse in the world in my opinion. I haven't seen a three-year-old male that can touch her. I also think that she'd give California Chrome all that he could handle if they decide to run her in the Breeders Cup Classic instead of the Distaff. Selfishly, I'd rather see her battle Songbird than California Chrome. By the time the Distaff goes off in late fall, who knows how good Songbird will be. My hope is that the connections of Beholder decide that beating Songbird is more impressive than taking on the boys in the Classic. And, I hope that the battle happens in the Distaff.
Songbird - There are few horses that I have seen since becoming a racing fan about 30 years ago that I can say are as good as they want to be. Zenyatta, American Pharoah, Beholder..those might be it. If Songbird does end up beating a horse like Beholder, she makes the list. She does things so easily. The key to being a great horse I learned this from my brother, is to be like American Pharoah or Beholder. Sure, a Zenyatta will come around in a great while, but most of the great horses are stalker-presser types who can relax on the lead or at least near it. Both Songbird and Beholder do that. The difference is that Songbird can run much faster than what we've seen.
Cavorting - The 2016 Ogden Phipps field was loaded with talent. Stopchargingmaria and Curalina are no joke. What I appreciated about Cavorting's win is how she relaxed so nicely off the pace, moved up to the other horses around the turn, and then took off to the wire. There's a long gap between Beholder and Songbird to the third horse on this list. To me, Cavorting fills that gap nicely. Eddie pointed out yesterday that she might be a 2-turn horse. Maybe. But, again, after the first 2 on this list, there seems to be a big drop in talent. Then again, Cavorting went about 5 horses wide around Belmont's sweeping turn and still managed to out run the rest of these talented mares.
Carina Mia - I think that Carina Mia can get better. Julien Leparoux's decision to take her off the pace in the Acorn Stakes is what led to her upset victory over Cathryn Sophia. Leparoux did the same thing aboard her in the Eight Belles, which means that she can pretty much run any way that she needs to run. Let's not kid ourselves, she'd be in tough in a race with Beholder, Cavorting and Songbird. We might find out soon enough against Songbird. Jerry Hollendorfer and Fox Hill Farms is pointing Songbird to the Coaching Club American Oaks at Saratoga. I don't see how Carina Mia skips that race.
Cathryn Sophia - She got the perfect trip in the Kentucky Oaks. But she didn't get the perfect trip in the Ogden Phipps. Watching the race again, the Phipps, I was impressed with how she pressed a fast pace and took over at the top of the stretch. She also kept fighting in the stretch even though it was obvious that she was tired. She'll improve like Carina Mia has. Her Oaks win is the perfect example of how her stalk and pounce style could lead to a possible upset, if she were to improve greatly, over Songbird and Beholder.
Racing
Loading...