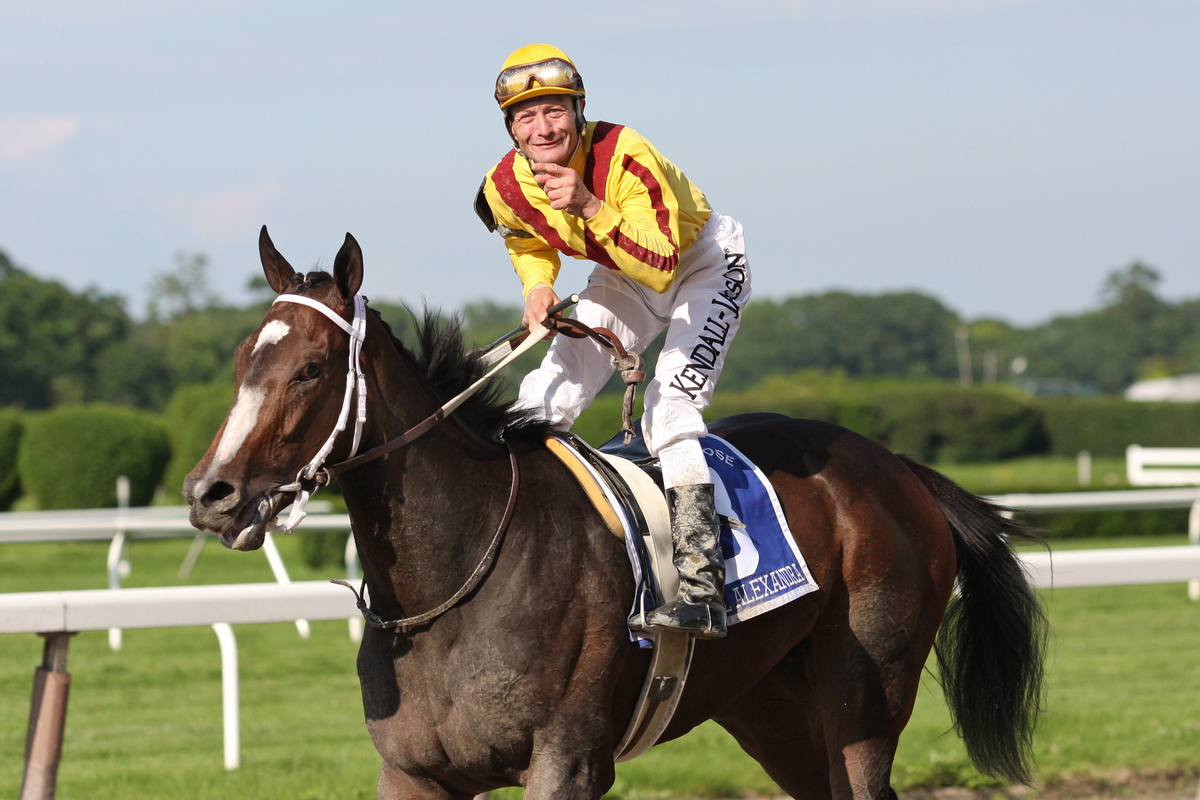 With the great Calvin Borel announcing his retirement last week, I started thinking about all of the other great jockeys that have come from Cajun Country. Even today, Joe Talamo, a top rider out in Southern California, Kent Desormeaux, and Robby Albarado carry the flag for Cajun riders. Some of the greatest jockeys to ever jump onto a horse hail from Cajun Country.

I decided to put together a list of who I think are the 5 greatest. The list doesn't include riders like Talamo and Desormeaux who currently jump on horses day in and day out. The list of 5 is so full of excellence that I couldn't rank them. See below. If I've missed anyone, let me know!
Calvin Borel

Above is Borel's ride on Mine That Bird in the 2009 Kentucky Derby. Sure, his ride aboard Rachel Alexandra in the Preakness 2 weeks later made history, but the ride aboard Mine That Bird in the Derby is classic Bo-Rail, the name given to him by horseplayers and his peers. It was amazing how Borel took Mine That Bird up the rail, then angled him out in the stretch without losing any momentum before going back up the rail and to the wire first. Borel won 5,146 races. His mounts earned a huge $127,087, 376 million.
Eddie Delahoussaye - Eddie D. dropped his whip in the battle with Chris McCarron in the 1993 Breeders Cup Distaff. But, Delahoyssaye still got Hollywood Wildcat to the finish line first ahead of Paseana. I love this race because it was a classic battle between the 2 best jockeys, in my opinion, riding at Santa Anita at the time. Eddie D. finished his career with 6,383 wins. He was so good that in his final year of racing in 2002, his mounts won over $5.6M even though he only rode 494 times.
Craig Perret - How gutsy was Craig Perret to take charge around the turn at Big  Sandy when aboard Bet Twice in the 1987 Belmont Stakes? Stewart Elliott tried the same thing aboard Smarty Jones in 2004. In hindsight, maybe, Elliott didn't move Smarty too soon. Elliott just didn't have the best horse that day. There's  no doubt that Perret knew he was on the best horse in the Belmont Stakes in 1987. Perret's ride denied Alysheba, a son of Alydar's Triple Crown bid that year. Perret ended his career with 4,415 wins.
Randy Romero - A lot of horseplayers may not remember how great Randy Romero actually was. Born in Erath, Louisiana, population 2,187 as of 2000, Romero provided what I think is one of the greatest rides in Breeders Cup history. It's tough to allow a Kentucky Derby winner like Winning Colors to get away with a :24.2 quarter and a :47.8 half-mile. Notice how Romero wasn't afraid to move Personal Ensign to the rail and then out again? He took his chance going wide around the final turn. It paid off when Romero and Personal Ensign nipped Winning Colors. Romero finished his career with 4,294 wins.
Shane Sellers - A winner of 4,393 races during his career, Sellers started racing in 1983. He took a break from 2004 to 2009 due to an injury. He officially retired in 2013. In this ride aboard Buck's Boy, Sellers took the lead and then coasted to a win. Buck's Boy was one of the chalks in the 1998 Breeders Cup Turf. But, the race was wide-open. Royal Anthem, Leggera, Royal Anthem and returning champ Chief Bearhart all entered. Sellers rationed Buck's Boy speed in an amazing way on that day. Sellers truly was one of the greats to ever come out of Cajun Country.

The BetAmerica Racing contests are the hottest on the Net!  Play today by logging on to the BetAmerica site!
Racing
Loading...