The Bank of America Racing Challenge is a championship series developed by the American Quarter Horse Association (AQHA) to promote racing in regions across the United States, Canada and Mexico.  Winners from regional Challenge races earn berths to compete for national honors. 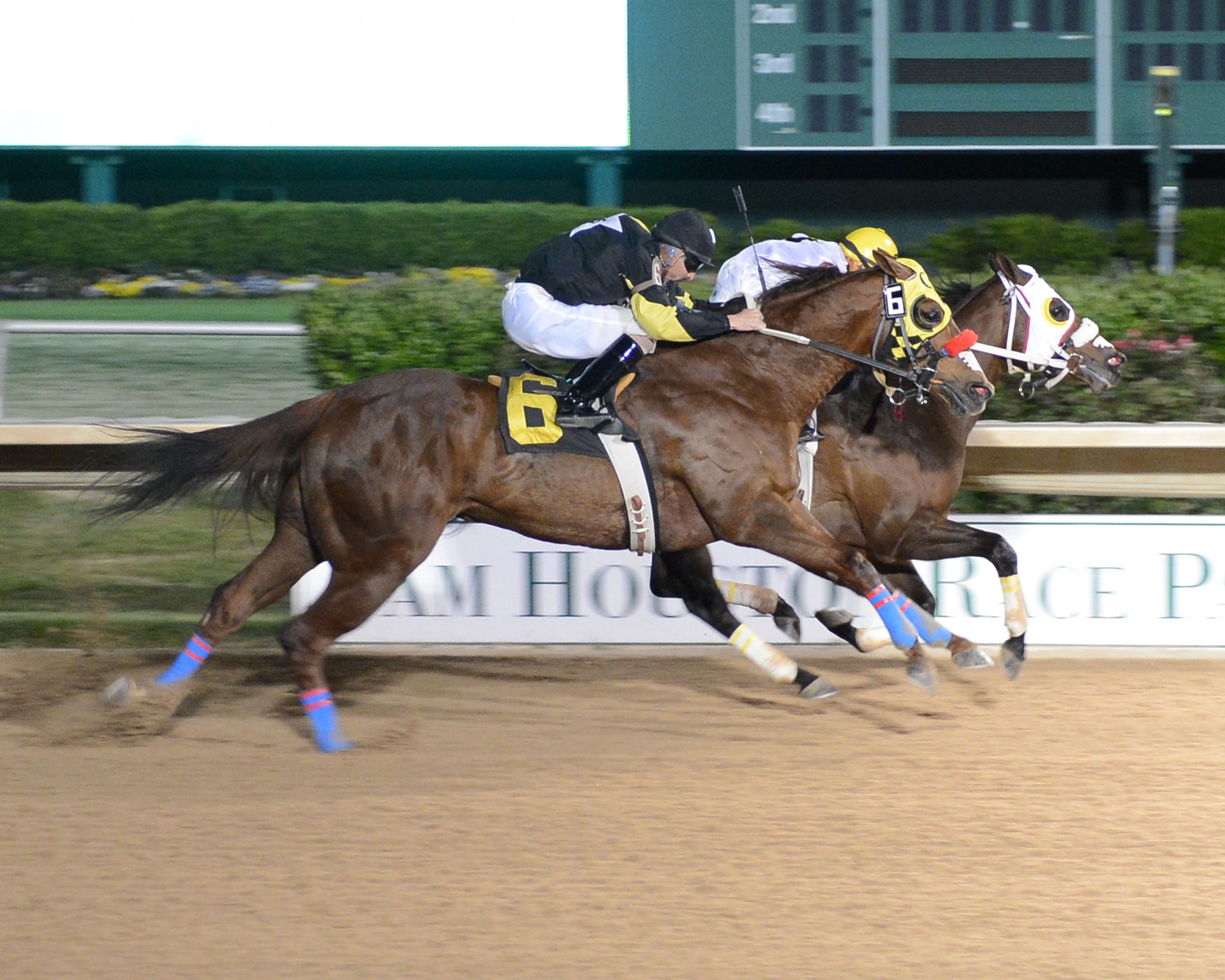 Some of the top older Quarter Horses in the country will square off Saturday evening at Sam Houston Race Park when a field of ten will compete in the $112,230 Bank of America Texas Challenge Championship (G2).

For the second year in a row, Jessies First Down posted the fastest time in the trials, covering 440 yards in :21.285 seconds. The 5-year-old son of Fdd Dynasty is owned by Ted G. Abrams, Sr. and trained by Judd Kearl.  The trial victory was fifth win from 20 starts for the bay gelding, who has won three of his four starts already this year, including the $300,000 Miami Dade Stakes at Hialeah on February 28.  Rodrigo Vallejo has the return call and will break from post position seven aboard Jessies First Down, who has been installed at odds of 9-2. Jessies First Down ran a close second last year in Houston. The winner, Daytona B went on the win the final, which was held at Lone Star Park last November.

The field includes 2014 AQHA world champion, Jrc Callas First owned by Dana and Brian Stroud and trained by Brian, who recorded the fourth-fastest qualifying time of :21.679.  The Texas-bred son of Winners Award drew the rail for the final and will be ridden by Jerry Lee Yoakum. Another top contenders is Stimulus, a Texas-bred gelding, who won the 2014 Bank of America Challenge when it was run at Prairie Meadows. He came into trials off a year layoff and is now in the barn of Bobby Martinez.

Trainer Judd Kearl has qualified two other runners for the 440-yard final: Rc Me Leaving You  and Ojo de Rey. Evangeline Derby champion, Exquisite Stride and J Bar, who has won over $200,000, is another capable contender.

The Bank of America Texas Challenge Championship will run as the ninth race of the Saturday evening card, which gets underway at 6:00 p.m. (CT).