Just as Javier Castellano, Irad Ortiz, Jr., Florent Geroux, Jose Ortiz and John Velazquez vie for the Eclipse Award in the Thoroughbred world each year, American Quarter Horse riders set their sights on being honored as the AQHA Champion Jockey.

While Thoroughbred jockeys can rely on pace and a well-timed ride to find their way to the finish line, Quarter Horse pilots have much less time to guide their mounts to victory. Sheer speed coupled with a clean break and unimpeded path are essentials in Quarter Horse races that are completed in an average of twenty seconds.  However, the best riders of both breeds share many similarities. They are talented, hard-working and have maintained solid working relationships with quality owners and successful trainers.

The leading Quarter Horse jockey through the first eleven months of 2016 is Esgar Ramirez. The 32-year-old, who 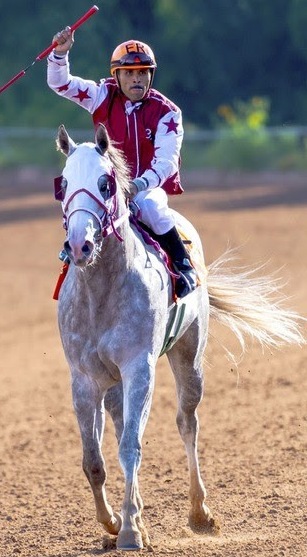 travels all over North America, but spends a great deal of his time in New Mexico, heads into December with 72 wins and earnings of $4.1 million. He scored a rare "double" at Ruidoso Downs on Labor Day weekend, winning both the $2.4 million All American Derby and $3 million All American Futurity.

Ricky Ramirez won his first AQHA jockey title last year and is second in money earned with $2.6 million and 77 trips to the winner's circle. Ramirez is the first-call rider for the father and son training team of Blane and Trey Wood.  He won the $1,000,000 Texas Classic Futurity on November 12 at Lone Star Park.

Veteran  Cody Jensen is third in earnings for the year with a victory in the $1 million Rainbow Futurity at Ruidoso Downs in July as his biggest score of the year. 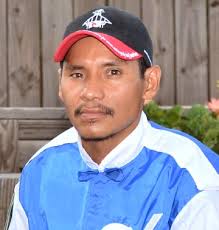 But when it comes to crowning the champion rider, is it the big races that count or the number of wins in a calendar year?  Louisiana-based jockey David Alvarez is the top-ranked rider by wins with 104 first-place finishes heading into the final month of the year. Damian Martinez, who moved to Louisiana from Texas, is second with 95 wins and Jesus Ayala, who rides at Los Alamitos is third with 92 victories.

The AQHA champion jockey will be crowned in January based on votes from a select committee that also chooses the top trainer, owner, breeder and all the equine divisional winners and AQHA world champion.  The race is on!
Racing
Loading...