While thoroughbred racing fans have already received an early season gift by seeing several of the top horses from 2014 already return - both Shared Belief and Main Sequence triumphed in their 2015 debuts - standardbred fans will likely have to wait another month before seeing many of last year's champions return. But for most of them it should be well worth the wait. 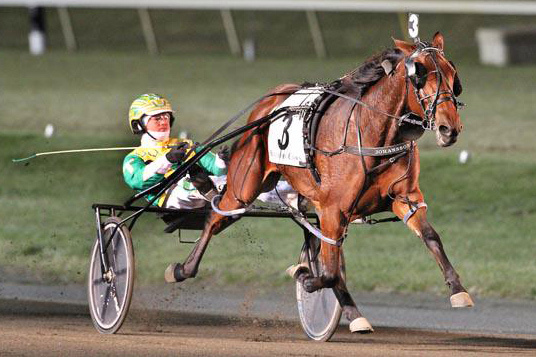 Last Sunday evening in Orlando, Florida the top trotters and pacers of 2014 were honored with their respective Dan Patch Awards as divisional champions, capped by an unprecedented horse of the year winner. Jk She'salady won all 12 of her starts last year for trainer Nancy Johansson and owner-breeder 3 Brothers Stable and she took home a pair of awards last weekend. Jk She'salady was named champion two-year-old filly pacer and horse of the year, but she yielded the pacer of the year honors to Sweet Lou by one vote.

Jk She'salady became only the fourth freshman of either gait to garner horse of the year honors and she became the first two-year-old filly of either gait to ever earn the award. Her juvenile champion predecessors, Bret Hanover (1964), Nevele Pride (1967) and Niatross (1979) were all colts and Nevele Pride was a trotter. Jk She'salady is also the fourth female pacer to garner horse of the year honors, following Fan Hanover (1981), Bunny Lake (2001) and Rainbow Blue (2004).

"It's unbelievable," said Johansson, who also was recognized with the sport's Rising Star award by the United States Harness Writers Association. "The hard work just paid off. She's just a special horse. She's as perfect as they come, and I guess finishing off the year by being named horse of the year exemplifies how perfect she is. It's nice that somebody appreciates your ability and your hard work. Not everyone might admit it, but I think all people like to be recognized. It's very gratifying." 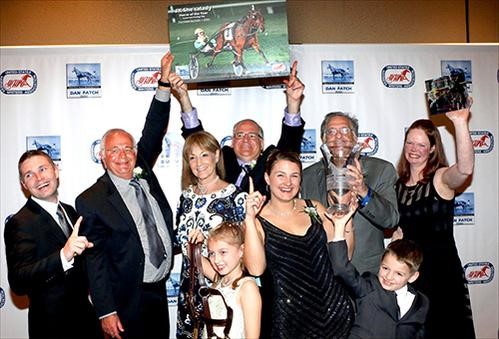 Not surprisingly, Johansson hails from a harness racing family and her father, Hall of Fame trainer Jimmy Takter, is best known for his work with trotters. In fact, Takter trainees Shake It Cerry (champion three-year-old filly trotter and trotter of the year) and Father Patrick (champion three-year-old colt trotter) were also both recognized on Sunday night. Takter also took home the honor of trainer of the year, edging out Ron Burke, whose horses earned nearly $30 million last year topped by champions Sweet Lou (older pacer and pacer of the year), Mission Brief (two-year-old filly trotter) and the durable Foiled Again, the sport's all-time richest horse with earnings approaching $7 million.

In fact, standardbred fans should keep close tabs on the morning qualifiers at the Meadowlands over the next month as gradually some of the returning older stars, including Foiled Again begin preparations for their 2015 campaigns. Many of the top older pacers in training will first descend on Yonkers Raceway for the lucrative George Morton Levy Memorial Series and later they will venture to Harrington Raceway in Delaware for the lucrative Robert Quillen Memorial where Foiled Again is a three-time winner and the defending champion.

Takter has been the sport's top trainer of trotters for nearly two decades dating back to his work with Moni Maker so it should hardly seem surprising that he may condition the best trotter in training right now -  Not Afraid. Already a winner four times in six starts this year, including his last two outings, Not Afraid has been assigned the outside eight hole in Saturday night's $35,000 Open Handicap at Yonkers Raceway where he will likely loom as the odds-on favorite despite his task. It is far too soon to crown Not Afraid a champion, but he is one of the sport's current stars.