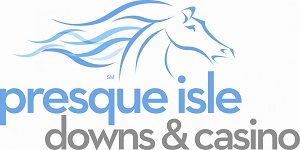 Located on 272 acres off I-90 in Summit Township on the site of the previously-failed Commodore Downs then Erie Downs, Presque Isle and opened in 2007 and was the first race track in America to install the synthetic Tapeta surface (a combination of rubber, sand, fiber & a wax coating). The signature horse race is the Presque Isle Masters, which was used as a prep for the Breeders' Cup Filly & Mare Sprint twice by the famous horse Groupie Doll.

Presque Isle Downs features a casino with more than 1,700 slot games, 37 table games and 9 poker tables for patrons to enjoy once after watching great horse racing, The race track also has several excellent dining options to choose from including the trendy La Bonne Vie Steakhouse and the quick and casual INCafé. Whatever you choose to do, Presque Isle Downs is the perfect place to hang out after a great day of horse racing!