Quarter Horse Judd Kearl is having a very successful 2016.  The Utah native just clinched his second leading training title of the year, winning 37 races at Sam Houston Race Park. He began the year dominating his fellow horsemen at Hialeah Park, where he won 39 races at the south Florida racetrack.

Kearl, 41, got his start in Idaho, Utah and Wyoming. He  made his move to Texas in 2004 and resides in Spring, just ten minutes away from Sam Houston Race Park and operates a farm and training center in New Waverly, Texas.  His first leading trainer title at Sam Houston Race Park came in 2006. With his seventh score, he tied the late Steve VanBebber, who dominated from 1994-2000. 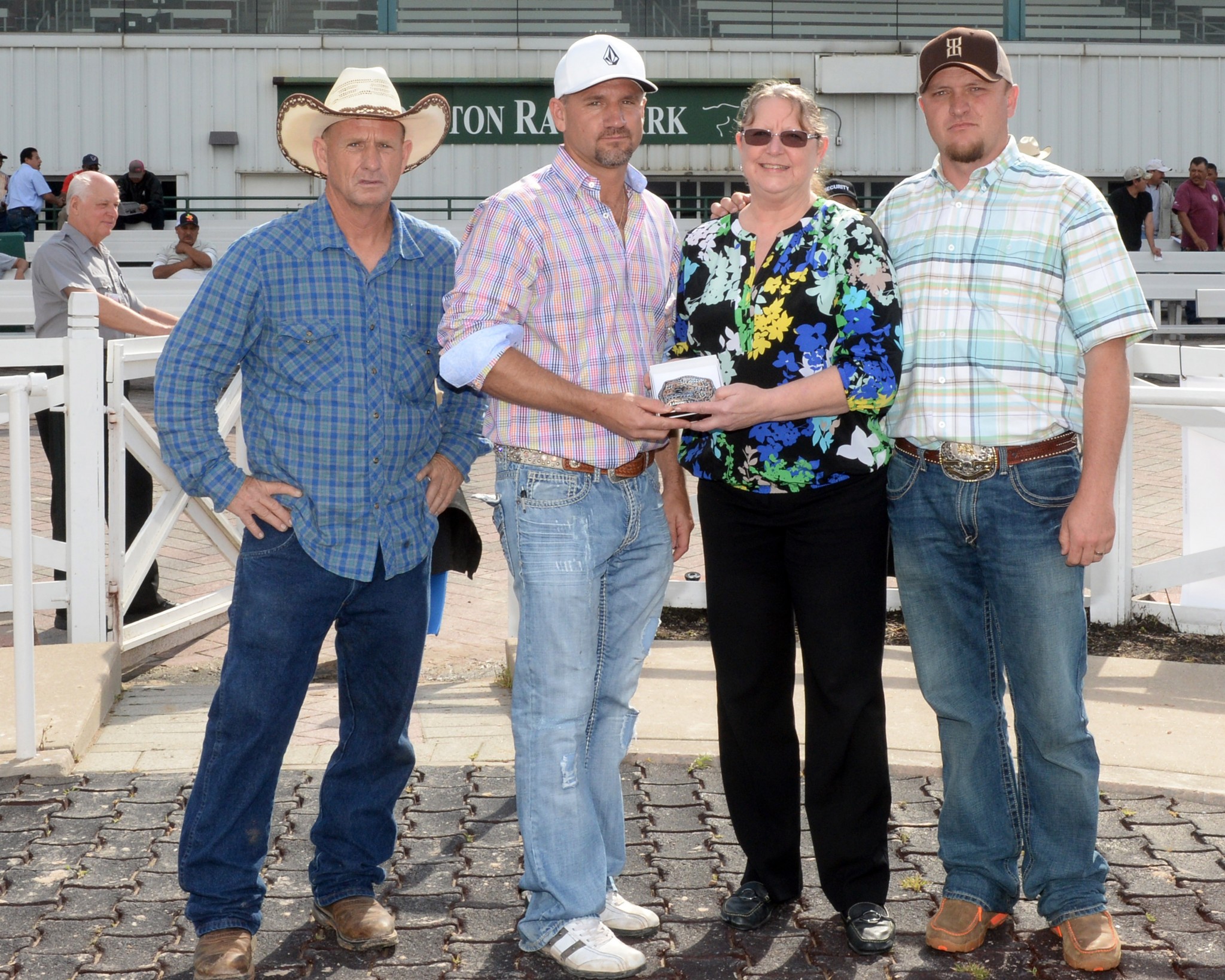 Kearl's stakes wins in Houston included Jessies First Down, who won the $50,000 Sam Houston Classic; Moe Lassus in the $30,597 Bank of America Texas Maiden Challenge; Bm Casino Royale in the $44,640 Adequan Texas Derby Challenge and Kitty Kat Galore B, winner of the $15,000 Miss Houston Stakes. He also trained talente distance horse, Hez Primed an Ready, who won each of his three races during the meet. He made his fourth start on the final day of the racing season, drawing post position eight. Jockey Noe Villatoro hustled the 6-year-old son of Prime Talent to the lead. He crossed the wire first, but was disqualified by the stewards for his move around the turn.

Based on the tremendous showing throughout the first five months of the year, Kearl is the #1 Quarter Horse trainer in the AQHA standings with 73 wins and $1.2 million in purses. He is ranked 38th on the list of all-time trainers by money earned.

"We've had a great meet. I can't thank my help enough. Jimmy' Padgett has done a really good job since he's moved down here and joined us. I owe so much to my owners and riders, Rodrigo (Vallejo) and Noe (Villatoro).  Noe is a good rider and super hard worker. He came on with us last year in Florida. He's got a bright future."

Angel Sanchez, who topped the standings in 2014 and 2015, finished second with 21 wins. He won the richest race of the meet, the $540,000 Sam Houston Futurity with Just Call Me Carter.  Leon Bard was third with 15 wins; Patrick Clemons saddled 13 winners and Brian Stroud rounded out the top five conditioners with 11 wins.

Look for Kearl runners at Delta Downs, Ruidoso Downs and Retama Park in the next few months of 2016.
Racing
Loading...