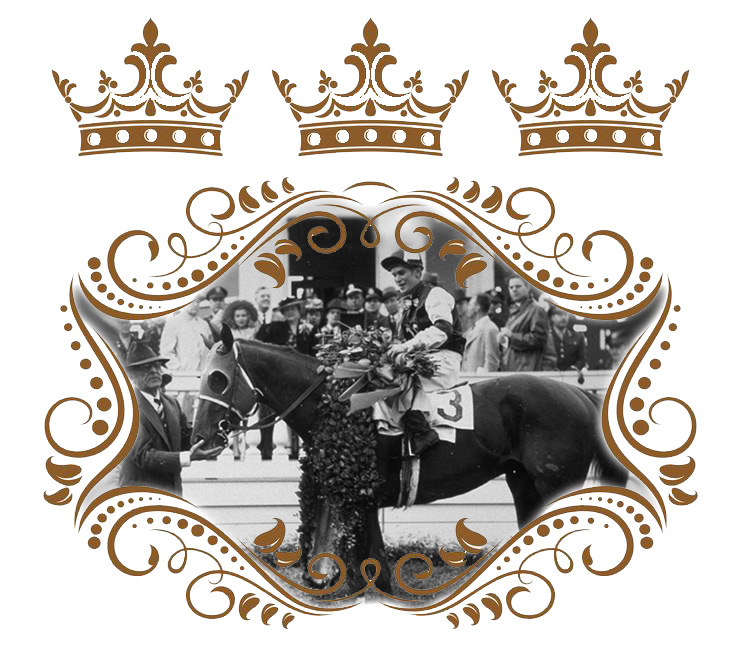 Let’s be honest—Assault had no business becoming a racehorse, let alone a Triple Crown winner. A severe hoof injury suffered as a weanling left Assault with a deformed foot and an unusual walk, yet against all odds, Assault survived and thrived as racing’s “Clubfooted Comet,” a champion in the face of adversity.

Bred in Texas by King Ranch, Assault initials forays in the sport were not especially encouraging. He went just 2-for-9 sprinting as a juvenile, with his only significant success coming when upsetting the Flash S. at odds of 70-1. But after taking the winter off, the son of Bold Venture came to hand for trainer Max Hirsch, winning the Experimental Free Handicap and Wood Memorial to emerge as a viable contender for the spring classics.

Yet bettors were hesitant to embrace Assault as a developing superstar. A fourth-place finish over a muddy track in the Derby Trial prompted the King Ranch homebred to start at 8-1 on the first Saturday in May, but Assault evidently confused his odds with his expected margin of victory. After saving ground under regular rider Warran Mehrtens, Assault shot through an opening on the rail and pulled clear to win by a eight lengths, equaling a Derby record that stands to this day.

The Preakness was a decidedly closer affair as Assault struck the front too soon and barely held on to win by a diminishing neck. He wasn’t even favored to prevail in the Belmont Stakes, but a well-timed late charge saw him cross the finish line three lengths clear, entering the history books as racing’s seventh Triple Crown champion.

Assault missed some time during the summer with a kidney issue, and the setback seemed to hamper his form through the summer and fall, for the chestnut colt lost six straight races against tough company. But Assault rebounded later in the season with victories over older rivals in the Pimlico Special and Westchester Handicap, a last-minute surge sufficient to wrap up Horse of the Year honors.

Assault continued to race through the age of seven and cemented his legacy by adding six major stakes wins to his record. Great weights were no obstacle—he carried as many as 135 pounds to victory—and during his 4-year-old season he briefly held the record for the highest earnings ever accumulated by a racehorse.

Though efforts were made to give Assault a chance at stud, he proved to be virtually sterile and was unable to contribute his tough-as-nails genetics to the Thoroughbred breed. Instead, he lived out his days in leisurely fashion at King Ranch and died in 1971, seven years after being inducted into the National Museum of Racing’s Hall of Fame.