The BBC program Peaky Blinders tells the story of the Shelby family and their attempts to expand the power and influence of their Peaky Blinders gang through the underworld of post-World War I Britain. The show is loosely based on the history of gangs like the Peaky Blinders and the Birmingham Boys that were active in the late 19th century and early 20th century. While their criminal activities were not limited to the racecourses of England, these underworld groups made those meets and the bookmakers that plied their trade there an integral part of their illicit activities.

Whether they were bribing authorities or intimidating bookmakers, gangsters like the Shelby brothers of Peaky Blinders made the racetrack a dicey place to be for several decades before authorities were able to put a stop to it all.

The Peaky Blinders was one of several gangs that grew out of the poverty that ravaged the Birmingham area of the West Midlands region in the late 19th century. Known for their peaked caps and signature outfits, the group started with smaller crimes like petty theft and pickpocketing, and then expanded into larger organized schemes. Soon, they were engaged in smuggling, hijacking, and illegal bookmaking. They also tried to offer protection to bookmakers at area racecourses, but their forays into that attracted the attention of other gangs, who resented the Blinders’ incursion on their territory.

The Birmingham Boys started to push back when the Peaky Blinders tried to move into the area’s racecourses.

They responded with violence and intimidation, forcing the Blinders and their families to retreat from the area, which allowed the Birmingham Boys to dominate the region’s criminal activities. Led by Billy Kimber, the gang had designs on expanding their influence outside of their area and were willing to commit the manpower for it.

Though the Peaky Blinders gang faded from prominence, their name became synonymous with the phenomenon of gangsterism, the term peaky blinder coming to refer to any young street criminal of this era. About the same time, the Birmingham Boys became the most famous of the underworld groups, making their own mark on early 20th century England.

Many of England’s racecourses in this era were not enclosed spaces as we might know racetracks to be in our time. With no way of controlling who entered and exited the area, such open layouts made it easy for gangs like the Birmingham Boys to operate.

Several members might follow a bettor who had just cashed a large wager and then shake that person down for the money they won. If the bettor kept his hand in his pocket to keep anyone from reaching in, they might stab the hand with a small knife or other weapon and then reach in to grab the money when the person reacted.

Dressed similarly to other racegoers, they would then disperse, blending into the crowd and leaving the area virtually undetected. Certainly, policemen patrolled the racetrack, but often were not present in the numbers needed to keep such small-time crime down or might have been on the take, receiving bribe money from gang leaders to look the other way.

England relied on bookmakers rather than the pari-mutuel system for their wagering. Most racecourses had designated spaces for bookmakers, and the Birmingham Boys would arrive early enough to stake out the five or six most desirable spots. They were not setting up a bookmaker there though; they would instead force bookmakers who wanted that particular spot to pay for it, asking as much as half of what the bookmaker would make that day. Additionally, the Birmingham Boys would offer protection from angry bettors and any other trouble that might arise.

Such rackets were lucrative, but they had to be. Their leader Billy Kimber had organized the Birmingham Boys into a sizeable group, and each person had to be paid. In addition to making money off of protection rackets and betting pitches, the group would sell accessories to the bookmakers at each racecourse.

Chalk, sponges and water, and even stools could be had – for whatever price the Birmingham Boys set. Kimber and his gang were well known among the bookmakers that frequented the racecourses of their region and decided to spread their influence into other regions. That was when more trouble began.

When Kimber and company expand to racecourses around London and other areas outside of the West Midlands, they ran into other gangs like the Sabinis.

When the Birmingham Boys tried to intimidate certain bookmakers at London area racecourses, those bookmakers turned to the gang lead by Charles “Darby” Sabini for protection. That started a war between the two gangs in the 1920s, a war that got bloody and violent at times and resulted in multiple arrests and convictions of individual gang members. The battles between these two underworld groups lasted into the late 1920s when the authorities finally stepped in to put a stop to it.

The Birmingham Boys and the Sabini gangs were two of the most prominent gangs operating at this time, both loose confederations of smaller groups within their areas, but not even their size or their influence could keep them in power forever.

By the late 1920s, quite a few gang members had been jailed for their crimes, sapping some of the manpower each possessed. Additionally, each gang’s leader ran into troubles of their own: Kimber disappeared to avoid prosecution for his crimes and Sabini was bankrupted by an unsuccessful libel case. With no strong leaders in place, both gangs started to lose their hold on their territories. 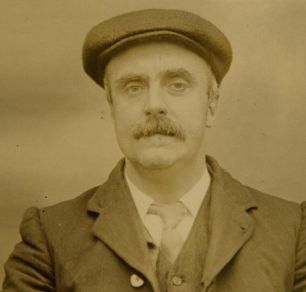 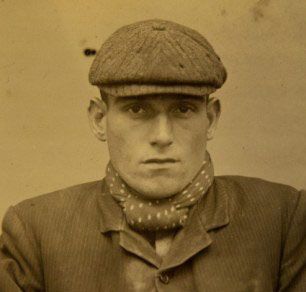 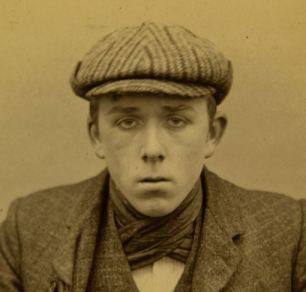 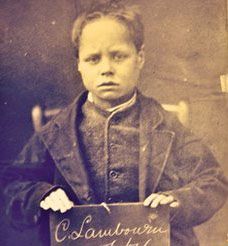 Additionally, the Jockey Club, the governing body of racing in England, took steps to make bookmakers more organized and less vulnerable to the intimidation tactics of gangs like the Birmingham Boys and the Sabinis.

They added inspectors to supervise the betting rings, controlling the grounds where the bookmakers would set up their operations. The Jockey Club also started licensing pitches, asking bookmakers to apply for one and then requiring two others to vouch for the applicant. When a pitch became vacant, it would then go to the next applicant on the list, controlled by the Jockey Club and the local Bookmakers’ Protection Association.

The gangs were effectively cut off from one of their largest sources of income, another nail in the coffin for these criminal organizations.

Shows like Peaky Blinders bring the stories of gangs like the real Peaky Blinders and the Birmingham Boys to life, an era of criminal activity that fascinates us to this day. What is even more captivating about this intersection of horse racing and true crime is the complex history of these gangs and their influence on English racecourses in the first part of the 20th century. If you find the show Peaky Blinders a compelling watch, the real story of the Birmingham Boys, the Sabinis, and others will enthrall you even more.

You may also like True Crime in Horse Racing: The Notorious Life of Arnold Rothstein