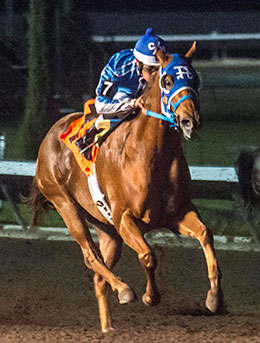 Los Alamitos will feature two graded stakes this weekend. Saturday’s feature is the $215,250 Winter Derby and Valentine's Day showcases the rematch between Heza Dasha Fire and Moonist in the $139,700 Winter Championship.

The Winter Derby is the first Grade 1 derby of 2016 with fastest qualifier, Rite Regal, and second-fastest qualifier Jess Good Reason heading a very strong field. Jess Good Reason (3-1) is one of three entrants trained by AQHA Champion trainer, Paul Jones. He will also saddle Senor Gianni (9-2) and longshot Chicks Fayvorite, who will be ridden by Ramon Sanchez, just returning to action from an injury. Dynasty Energy, the leading money-earner in the field at $253,511, is another notable contender. The Winter Derby is the eighth race of the card, with a post of 9:15 pm (Pacific).

Sunday night two AQHA champions will renew their rivalry in the 400 yard Winter Championship. On December 12, 2015, Moonist had a highly publicized first meeting with S-Quarter K LLC's Heza Dasha Fire in the $600,000 Champion of Champions. Heza Dasha Fire ended his spectacular year with a win, powering past Moonist by a margin of 1 1/4 lengths.

Just 12 days later, they met again, this time in trials for the Winter Championship (G1). At odds of 4-1, Moonist evened the score, blazing to victory in the 400 yard trial in :19.506. seconds. On Sunday, Cruz Mendez aboard Heza Dasha Fire and Moonist with Cesar De Alba, will break next to each other in the starting gate. This will be their third career meeting, in what appears to be one of the greatest rivalries in Quarter Horse racing. 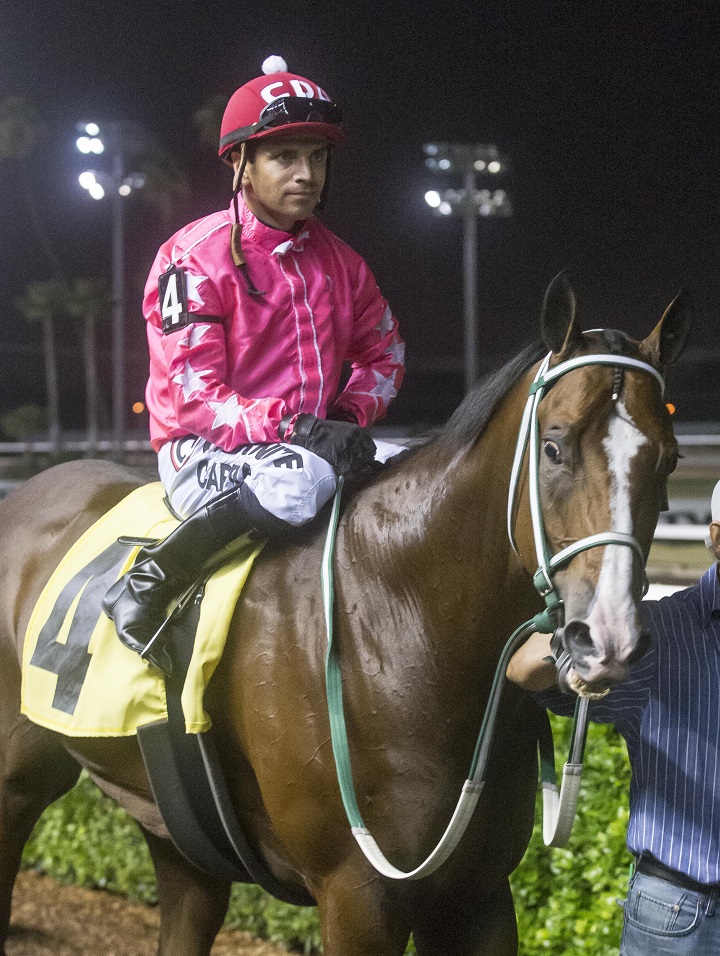