One of the hottest 2-year-olds in the country is New Mexico-bred Running Dragon, who is undefeated in four starts, including two stakes wins. The filly by Zulu Dragon will race Saturday afternoon in the trials for the Zia Futurity (RG1) at Ruidoso Downs.

It will be an action-packed day for New Mexico-bred Quarter Horses with nine Zia Futurity (RG1) trials and four Zia Derby (RG2) trials.

A total of 87 state-bred 2-year-olds, topped by multiple graded stakes winner Running Dragon, has been entered in the 400-yard Zia Futurity trials. The 9-5 morning-line favorite in the sixth heat, Running Dragon has won all four of her outs and has earned $300,768, and her resume includes a half-length victory in the April 24, 300-yard New Mexican Spring Futurity (RG2) at Sunland Park, and a neck win in the 350-yard, $364,000 Mountain Top Futurity (RG3) at Ruidoso Downs on June 18.

Running Dragon is trained by Juan M. Gonzalez for owner By By JJ Limited Partnership. Jose Enrique Ortiz will ride the filly on Saturday.  She is currently the eighth-ranked 2-year-old on the national AQHA/Horseplayer.now poll. 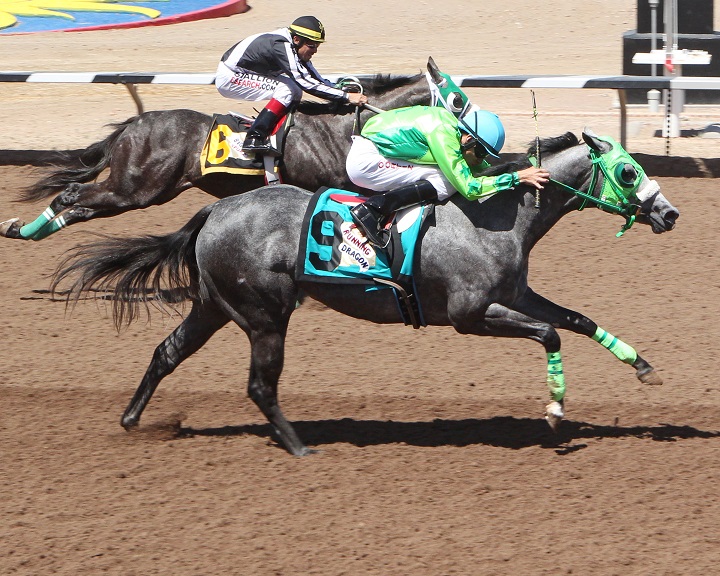 July is always a very live month at Ruidoso Downs. This weekend's fastest qualifiers will return for the $400,000. Zia Futurity final on July 31. Prior to that, Ruidoso will host the final of the $1 million Rainbow Futurity on July 24 and the $1.2 million Rainbow Derby on July 23.
Racing
Loading...