The two-day 2015 Breeders Cup Event is about 29 days away. That's not a long time for the biggest day of the year for horseplayers. Most of us are already thinking about which horses we'd consider singling on our Pick 4 and Pick 6 tickets. Only one big day appears left for connections to get their horses ready for the biggest two-days in horse racing. That day is on Oct. 3 and almost all of the races are at Belmont Park. It's sort of a shame for owners and trainers that waited until Oct. 3 to prep their stars for the Breeders Cup.

As of right now, there is a close to 60% chance of rain. That probably won't affect Honor Code, who doesn't run in the Grade 1 Jockey Club Gold Cup, but instead runs in the G1 Kelso Handicap, and Tonalist, the 6/5 favorite in the JC Gold Cup. Those horses running in the Grade 3 Hill Prince over the turf and the Grade 1 Flower Bowl over the turf could definitely be affected.

Going back to Honor Code, it's interesting that he ends up prepping in the Kelso at a mile rather than running him in the JC Gold Cup at 1 1/4 miles. It's probably a sign that Shug is shooting for the BC Dirt Mile and not the Breeders Cup Classic. That could severely hurt Honor Code's chances at a BC win. As is the case with Liam's Map, running against Private Zone, who appears headed to the Dirt Mile, is a much scarier thought than running against Beholder and American Pharoah.

Bob Baffert just retired Bayern, last year's Classic winner, after giving Bayern one last shot to prove himself in the Awesome Again. My guess is that Private Zone beat him so badly in his first two races of the year that Bayern just didn't have anything left after that. 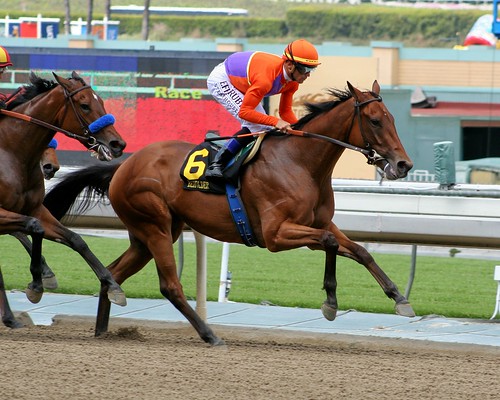 1. Beholder - She's the best horse on the planet. She has the ability to press the pace or hang back in the catbird seat. Beholder's cruising speed allows her to breeze 6 furlongs in 1:11. No matter the pace set-up, Beholder is going to be in a great position as they turn for home in the Breeders Cup Classic. So far, she's the single on all of my exotic tickets. I really hope they run her in the Classic.

2. American Pharoah - Bob Baffert decided to train American Pharoah up to the Breeders Cup Classic. It's a bummer because it means that his fans on the West Coast won't be able to see him run again. American Pharoah is good enough to beat Beholder, but it's difficult to see him doing it. He's never run as fast as Beholder has run. He's never faced older horses. He might still be tired after so many races during the spring. There are a lot of questions marks surrounding the Triple Crown winner.

3. Liam's Map - Now that Bayern is retired, there truly is no reason for Liam's Map not to run in the Breeders' Cup Classic. Todd Pletcher is putting Constitution onto the dirt in the JC Gold Cup this Saturday. If Constitution wires the field and wins, Liam's Map might still end up in the Dirt Mile where he'll subsequently be destroyed by Private Zone.

Shug have him in the Kelso Handicap instead of the JC Gold Cup? That's the real question. Maybe, Shug just wants to get a mile work into him before putting him into the Classic. One of Pletcher's front-runners is going in the Classic and Beholder won't be too far behind. The pace might actually set up for Honor Code.

5. Tonalist - He should easily win the JC Gold Cup this Saturday. True, he's bummed us out before as a 6/5 chalk, but the horse has a ton of talent. Not only that, but he's more tractable than many realize. He might not be good enough to beat Beholder, but who is?