What a crazy fun holiday weekend of racing. Usually on Monday editions of the BARN I lead with my Pick 3, the three topics from the weekend I found most interesting. Well this weekend I felt like it could have been the Pick 6. So many great races and storylines from across the country, but I narrowed it down to these three. 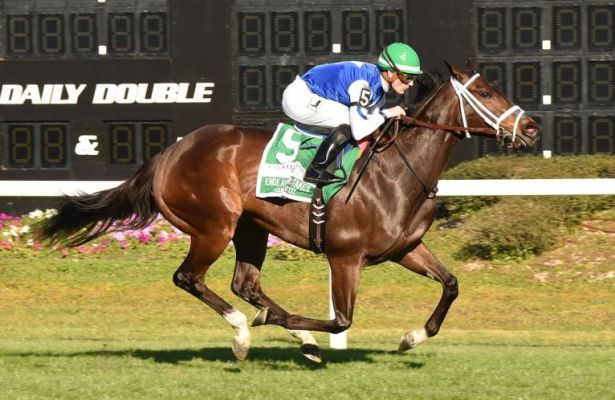 1. Tepin Now this was a great return to the races. When I was watching this race as they went down the backstretch I saw her stalking in second and thought to myself that visually “she looks all the same as the other horses.” Just another horse galloping, only this one had all the eyes on here. As they hit the top of the stretch and she kicked away in what seemed like an instant, we saw exactly how classy she is and what a world class turn of foot can do to a regular stakes field. So will she go to Ascot or Dubai or stay here in the States? Not sure, but man is she fun to watch.

We had Michael Wrona on the show on the BARN last week (LISTEN HERE) and he talked about how much he loved Tusk and sure enough Tusk made a very strong run from the back of the pack, only to finish second to favored Frank Conversation. Tusk kind of followed Frank Conversation around the entire way. If Frank Conversation was in 6th then Tusk was in 7th. When Frank Conversation made his move, Tusk made his. He only came up about a length short at the end and could be one to watch going forward. The other story to come out of this race was Kasseopia who had to overcome a very difficult trip and a wide journey. Oddly enough I think down the road he might get more backing from the horseplayers than Tusk based off that trouble. But I think the El Camino Real Derby could be a decent prep race and these top three could go forward nicely on the Derby Trail.

That’s right Quarter Horses! This rivalry has garnered serious interest over the pair’s last couple of starts with each owning a score over the other. Well Saturday night at Los Alamitos is was Round 3 as they ran in the Los Alamitos Winter Championships. They were lined up right next to each other with Moonist in stall 5 and Heza Dasha Fire in stall 6. Moonist out broke Heza Dasha Fire and while HDF tried to battle back, he just could never push by Moonist who won by a neck. They were far clear of their rivals and anytime these two hook up again it will be a big draw. I saw people on social media who were really fired up for the race even though they’d never watched Quarter Horse Racing. Look forward to Moonist/Heza Dasha Fire 4 sometime soon. People love rivalries and this had people talking about Quarter Horse Racing more than I’ve seen in a while.
Racing
Loading...