Los Alamitos in Cypress, California, will present the $244,900 Los Alamitos Winter Derby on Saturday night. It will be the first Grade 1 stakes for 3-year-olds in 2017 and a very competitive field is set for the 400 yard final. 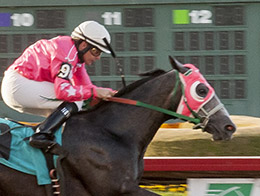 Trials were run on January 21 and Jess Hawk, a filly by One Sweet Jess, set the fastest time that evening, winning her trial in :19.733 seconds under rider Jesus Ayala. Trained by Yanet Rodriguez, Jess Hawk has won five career races, but faces some of her toughest rivals to date.

One Proud Eagle was one of the top California juveniles last year, winning the Grade 3, Robert Adair Kindergarten Futurity  and  the Grade 2, John Deere Juvenile Challenge Championship last October.  John Cooper trains the son of One Famous Eagle, who was the leading AQHA sire in 2016.  Tony Guymon rides the 7-2 favorite from post six.

Another live contender is Bannister, an Oklahoma-bred who began his career in Idaho for trainer Monty Arrossa, but transitioned well to Los Alamitos. Last August, he qualified to the   John Deere Juvenile Challenge  and won the $118,000 Wild West Futurity on October 23. Racing in four tracks since his debut, Bannister has won seven of 10 starts and has bankrolled $96,000  Leading Los Alamitos Quarter Horse jockey, Cesar DeAlba will ride Bannister. 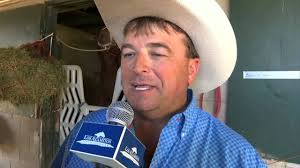 Trainer Monty Arrossa will saddle Bannister in the $244,900 Winter Derby

Katella Deli, named for the fabulous deli and bakery less than a mile from Los Alamitos, is a horse who has stepped up in stakes company in his 2-year-old campaign.  Carlos Huerta will pilot the gelded son of Foose, who was the fifth-fastest qualifier in trials.

The Winter Derby will be run as the ninth race on the Saturday evening card, which gets underway at 6 pm (Pacific).  Another noteworthy stake is on tap for next weekend when Los Alamitos hosts the $150,900 Winter Championship on February 17.
Racing
Loading...