Why California Chrome vs. Arrogate is Kinda Like Rocky III

I had a realization the other day as I was watching California Chrome beat up on the Winter Challenge field at Los Alamitos. That there are a lot of parallels between Chrome and Arrogate and the great movie Rocky III. If you get your Rocky movies confused, it’s the one with Mr. T. Chrome of course being Rocky 'cause he's the hero, Arrogate being Clubber Lang 'cause he's the villain!

So allow me to present this theory.

First of all, at the start of Rocky III, Rocky is beating up on everyone. He can’t lose. But he’s beating up on the people he’s way better than. Chrome in 2016 was crushing everyone and he was odds on every time. I should add that Dortmund is totally Thunder Lips, Hulk Hogan's character. He's big, huge, and a bruiser. But Rocky still wins. 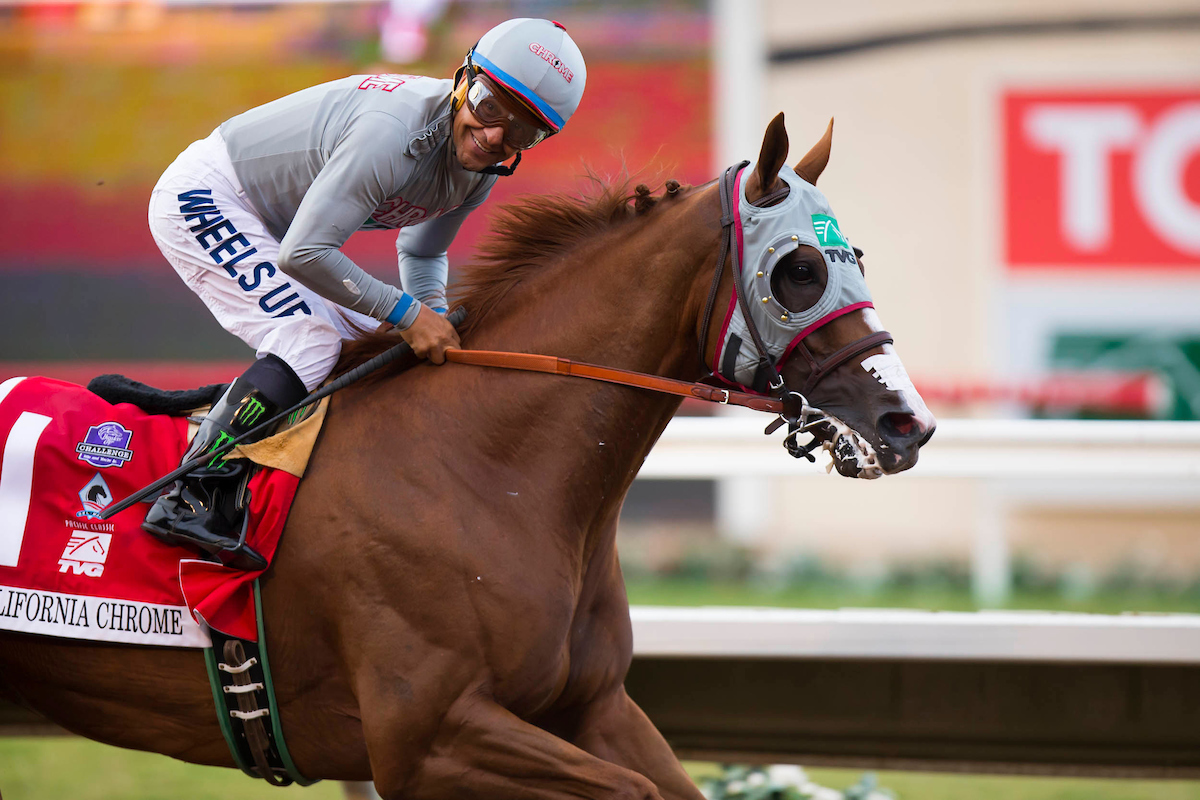 Chrome beating up on his competition.

But the entire time Arrogate was watching and dominating. 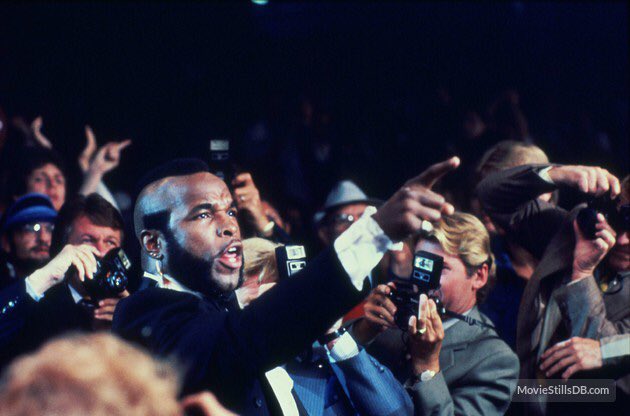 But finally, Arrogate and Mr. T. (Clubber Lang in the movie) finally got their shot. And they both won convincingly over a seemingly cocky opponent (stop looking back Victor!!) 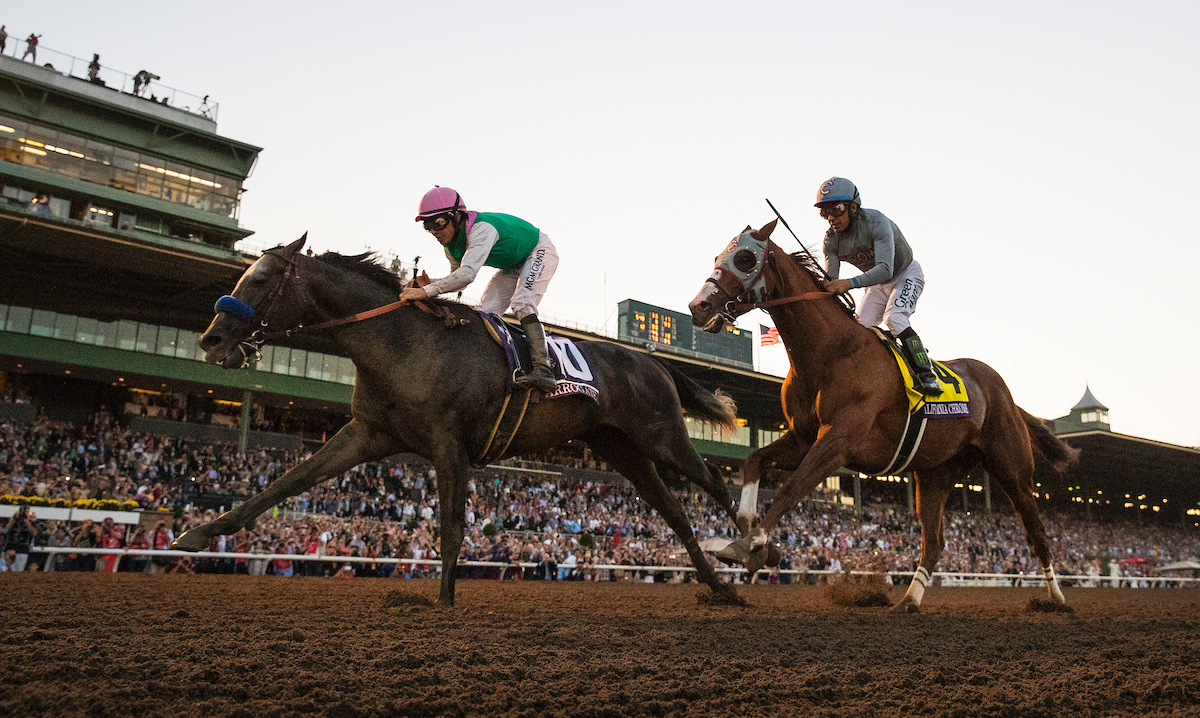 So after Rocky loses his big match, his trainer dies. This is the one similarity I didn’t find, and didn’t want to find, cause Art Sherman rocks and I wish he was my grandpa.

But now Rocky has doubt. So what does he do, he goes somewhere new to train. He goes and runs on the beach. Chrome is due to go to Miami in like a week and a half. Hopefully Art Sherman will utilize the beaches to train like Apollo did with Rocky. 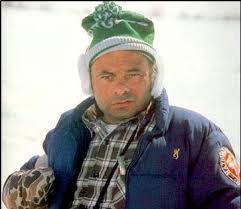 "I hope they got the Rose Bowl Game"--Paulie

So for the second big match-up, Rocky’s trainer Apollo Creed decides they need to work on his footwork and get speed. Chrome is going to Gulfstream, where speed wins! Plus it's a shorter race! Art will clearly be wanting Chrome to be fast early and often.

Rocky also does a lot of training in the pool, and leading up to the Pegasus World Cup we’re clearly gonna see a lot of Chrome bath shots, so there’s another similarity. 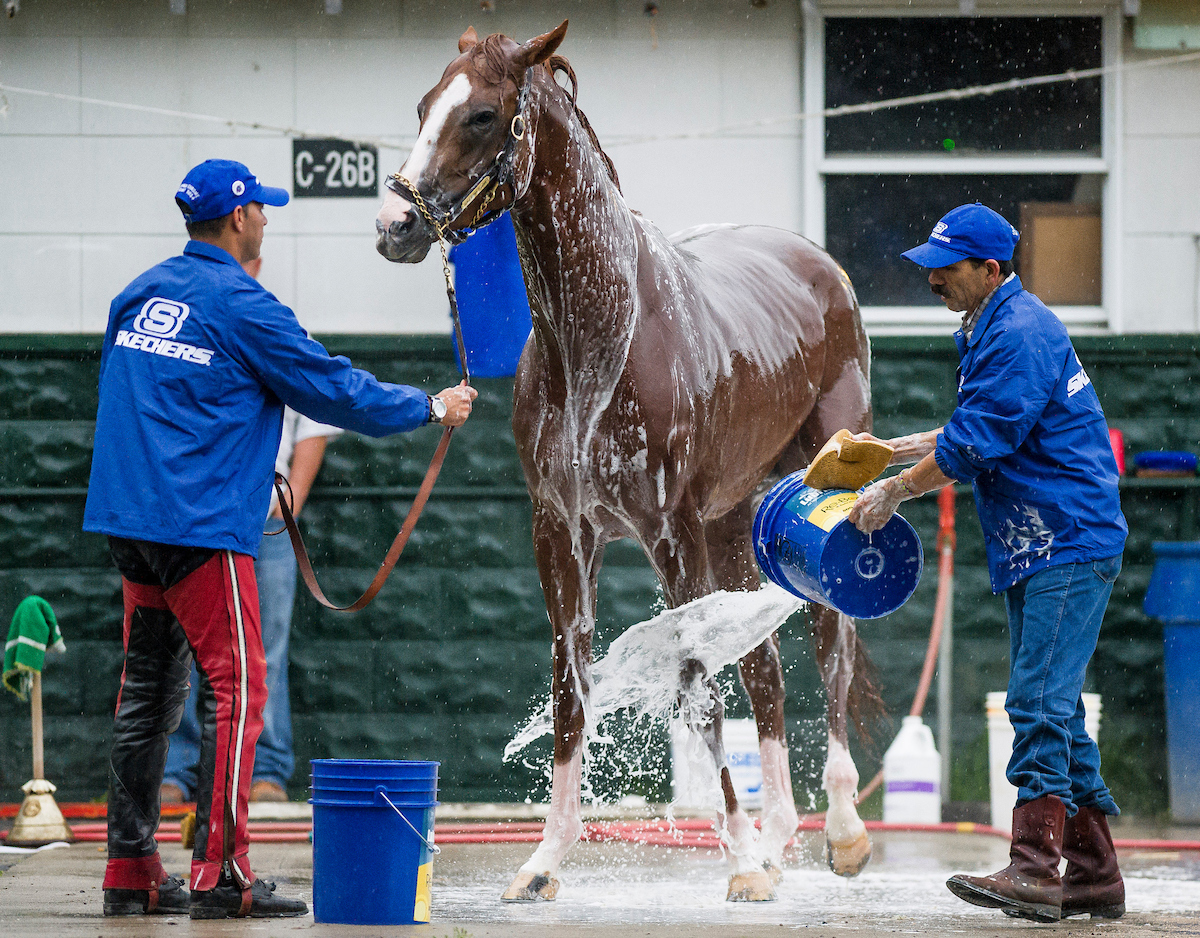 And fear not Chromies. It's ok to be afraid. This opponent is like nothing we've ever seen. But just like Adrian said to Rocky on the beach. "There's nothing wrong with being afraid, you're human ain't ya?" And if Chrome loses? "Well at least you lose with no excuses. No fear." Man, Adrian is right.

But if the Chrome vs. Arrogate matchup is to end like Rocky III, then Chrome is gonna blast right out to the front and never let Arrogate past him. And then after that he’ll say he’s gonna retire, but will come out of retirement to take on a big Russian horse.
Racing
Loading...