One week after Triple Crown winner American Pharoah tasted defeat in the Grade I, $1.6 million Travers Stakes at Saratoga, standardbred fans will have the chance to see a pair of Triple Crown events on the same night at the same venue on Saturday night when Yonkers Raceway hosts both the $500,000 Yonkers Trot and the $500,000 Messenger Stakes. 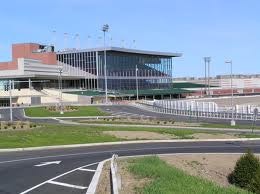 The Yonkers Trot is actually the second jewel of trotting's triple crown and occurs roughly one month after Pinkman captured the Grade I, $1 million Hambletonian Stakes, the first jewel of the crown. Pinkman, who finished second in his Yonkers Trot elim last weekend, will seek to avenge that setback tomorrow night in the final.

Two races later on the card Yonkers will offer the Messenger Stakes, the second leg of the triple crown for pacers. Like the Yonkers Trot, the Messenger Stakes features the horse that won the first jewel of the crown on the Hambo undercard in Cane Pace winner Dealt A Winner. But unlike Pinkman, who prevailed in the Hambo final as the 9-5 second choice, Dealt A Winner was a surprise hero of the Cane when he scored at 26-1.
While trainer Jimmy Takter is the unmistakable king of trotting trainers right now having won the last two Hambletonians and he will send out a solid entry in the Yonkers Trot final in French Laundry and Pinkman, the trainer holding a pair of aces for the final on Saturday night appears to be Ron Burke, perhaps best known for his bevy of older pacers, including Foiled Again.

While Pinkman and French Laundry finished second and fourth, respectively, in their two Yonkers Trot elims last weekend, both Burke trainees Habitat (Brian Sears) and Crazy Wow (George Brennan), recorded elim wins. Habitat led throughout to score in 1:55.3, while Crazy Wow benefited from a pocket trip to down Pinkman in 1:55.4. 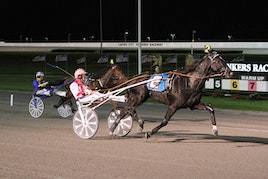 Habitat won his elim from post five in wire-to-wire fashion and draws the same post again for the final, while Crazy Wow, who also defeated Pinkman in the $500,000 Colonial final at Pocono Downs, moves out several spots from post two to post six. He has enough early speed to overcome that spot.

A glimpse at the finalists reveals that Buen Camino (Trond Smedshammer) has the rail and will likely leave to at least protect position, while French Laundry, not known for his quickness off the gate, will start from post two. Southwind Mozart (Ake Svandstedt) sat a pocket trip last week behind Habitat and finished second in a good try, but from post three he might get an early shuffle tomorrow.

In fact, the key to the start and finish of the Yonkers Trot will be the first turn. Both Habitat and Crazy Wow can leave the gate and will likely be sent away aggressively to overtake Buen Camino and Southwind Mozart before the first quarter. French Laudry will be unable to assist his entrymate this week, leaving Pinkman in a very difficult spot.

Last week Pinkman got away third and appeared to struggle on both turns. He raced well in the straightaways, but he was unable to overtake Buen Camino going to three-quarters and then remained parked out through the far turn where Gingras barely kept him on a good path.

While Pinkman appeared dominant on the big track at the Meadowlands on Hambo Day - getting assists from two of his stablemates in the final - he will be at a severe disadvantage in the Yonkers Trot final leaving from post seven and then having to navigate four sharp turns.

Habitat and Crazy Wow should be able to dictate the tempo from the outset and that will force Pinkman to race first over or perhaps find excess cover. Either way, both Habitat and Crazy Wow appeared to thrive on the turns last week and both finished sharply, so look for them to occupy the top two spots at the wire and send Pinkman away with another setback.

Then two races later a field of eight will go postward in the $500,000 Messenger Stakes for three-year-old pacing colts and geldings and the race has a few things in common with the Yonkers Trot. There is a solid entry of Dealt A Winner and Rock N'Roll World that will get considerable backing despite drawing posts five and six, respectively.

While the Messenger Stakes does include the Cane Pace winner in Dealt A Winner, it does lack the two best three-year-old colt pacers in the land in Wiggle It Jiggleit and Wakizashi Hanover. But much the like the Yonkers Trot, the stronger half of the entry that features the winner of the first leg of the triple crown for this gait certainly appears vulnerable.

Dealt A Winner (Jason Bartlett) benefited from a wicked early pace when he rallied from midpack to capture the Cane Pace on the Hambo undercard in 1:47.3, but he then proved no match for Wiggle It Jiggleit when that one led throughout the capture the $500,000 Battle of the Brandywine at Pocono Downs in 1:48. He is clearly going to be the victim of a similar pace scenario in the Messenger.

Unlike the Yonkers Trot, the two best horses in the Messenger final - there were no elims necessary for this event since only eight horses entered - Dude's The Man (Brennan) and In The Arsenal (Sears) drew posts one and three, respectively, and should be able to control the outcome from the outset.

Dude's The Man was second in the $750,000 Meadowlands Pace final to Wiggle It Jiggleit and third behind him in the Battle of the Brandywine, but he did post a sharp score as the 3-2 favorite in the $500,000 Adios at the Meadows. The American Ideal colt drew the rail for the final and has ample early speed to take advantage of the inside draw.

In The Arsenal has faced Wiggle It Jiggleit, Wakizashi Hanover and other quality three-year-olds repeatedly this season and will be looking to rebound from a fifth-place finish as the 1-5 choice in the Empire Breeders Classic final at Tioga Downs two weeks ago. This Kelvin Harrison trainee has enough speed to gain command early from post three and could be able to dictate the tempo, although it remains to be seen if he can fend off Dude's The Man in the lane.
Racing
Loading...